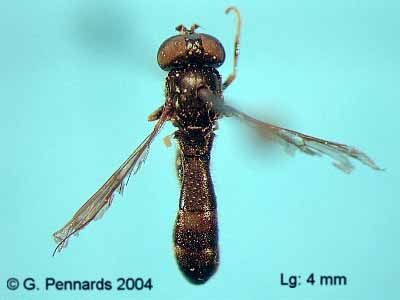 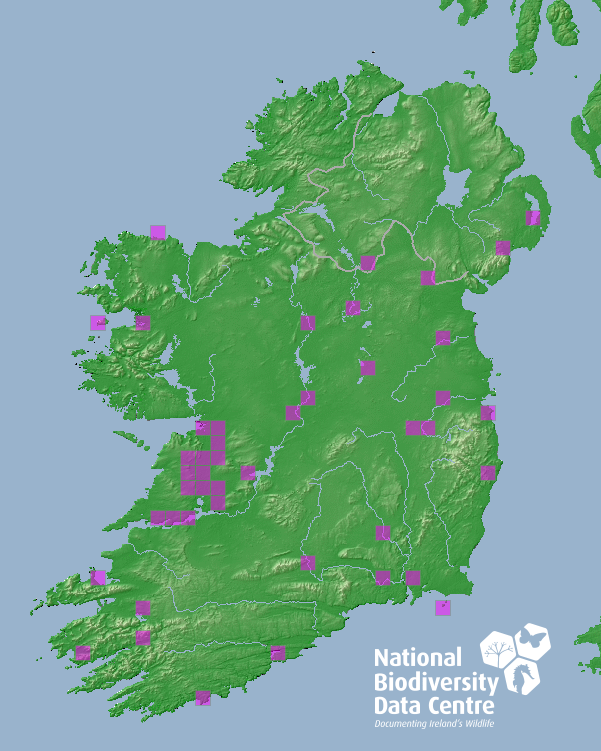 Wetland; by pools, streams, springs and flushes in acid fen, calcareous fen and aapa mire and round the edge of raised bog. In Ireland, as elsewhere, N. geniculata is almost exclusively an ologotrophic wetland insect. Here it is associated primarily with fen conditions, including poor/acid fen. Northern European mires are probably more the habitat of N. geniculata. This insect seems distinctly anthropophobic - it does not normally occur within the farmed landscape, in suburbia or in association with forestry.

Flies low among fen vegetation and is as easy to detect by sweeping as by direct observation.

May/September, with most records from May and mid-July/mid-August. Larva: larva and puparium apparently described and figured by Lundbeck (1916), but redescription is required, in comparison with the developmental stages of other Neoascia species.

Barkemeyer & Claussen (1986), van der Goot (1981), who figure the male terminalia. N. geniculata is indistinguishable from N. tenur in the field and often found in flight with that species. The species is illustrated in colour by Bartsch et al (2009b) andTorp (1994).

From northern Fennoscandia south to central France; from Ireland eastwards through northern and mountainous parts of central Europe; into Russia to eastern Siberia. Although it ranges widely through northern Europe into Siberia, further south it becomes scarce, and is almost unknown south of the Ardennes. It is extremely infrequent in central Europe, including the Alps.

Recorded as occurring in Ireland in Coe (1953). There are few recent records of this species in Ireland, which appears to be declining, presumably as a consequence of habitat loss. It is not, as yet, sufficiently localised that it warrants categorisation as threatened. But it probably should be regarded as vulnerable.