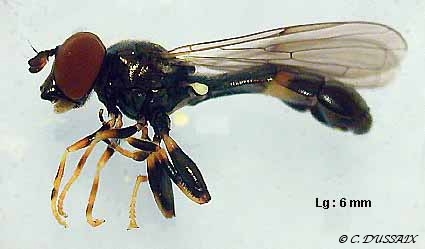 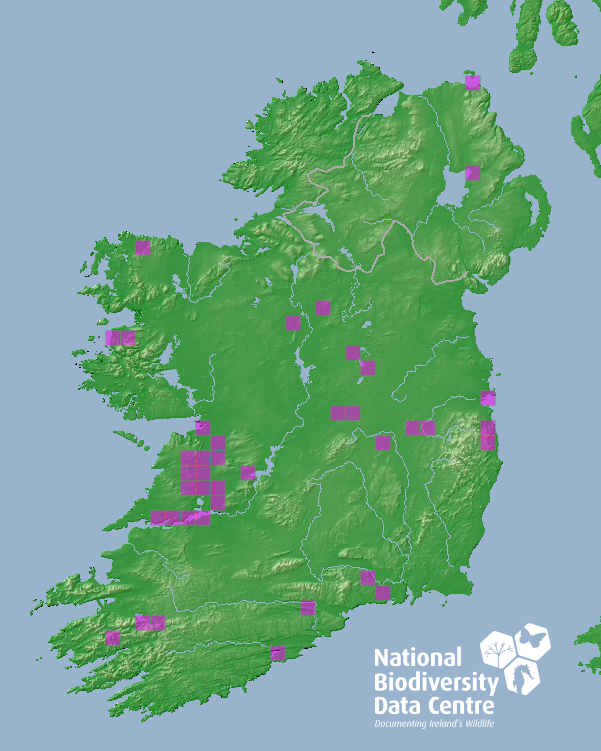 Wetland; fen, plus pond and stream margins in the open, with sedge or tall herb communities. There is no noticeable difference between the ecology of this species in Ireland and elsewhere. It is absent from both bogs on the one hand and the vicinity of eutrophicated streams and pools on the other, occurring primarily in association with streamlets and pools in fen and marsh.

Flies low through tall fen vegetation e.g. Cyperaceae, and is more easily detected by sweeping than by direct observation.

End April/June. In some years, there is an apparent partial second generation in July/August. Larva: larvae and puparia described and figured by Hartley (1961) and Maibach and Goeldlin (1993); aquatic; may be found beneath the outer leaves of rotting Typha stems, below the water surface.

From Fennoscandia south to northern Spain, the Alps and the former Yugoslavia; from Ireland eastwards through northern and central Europe into European parts of Russia; the Caucasus; through Siberia to as far as Cis-Baikal. Recorded as occurring in Ireland in Coe (1953).  It is frequent in Atlantic parts of Europe, but less so in central Europe and remains unrecorded in the Mediterranean zone.

Irish records of this species are well scattered round the island, but with a concentration in the midlands. N. meticulosa is not a threatened species in Ireland, but neither is it very frequent here.