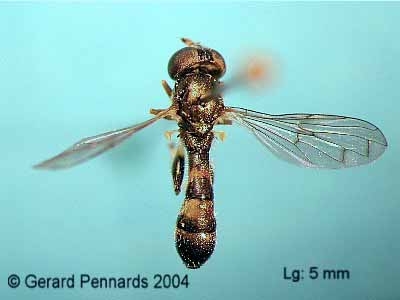 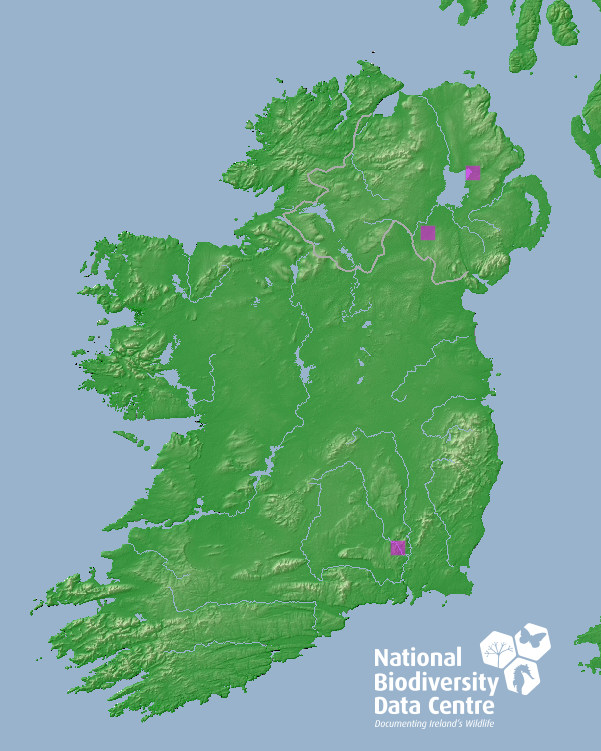 Wetland/forest; streamsides within forest from the upper zone of Fagus/Picea into the Picea zone and on to its upper limits; lake-side fen, stream-sides (brook floodplains) with tall herb communities, at sheltered locations. This is a species of waterside woodland, especially along brooks, where it may occur in association with quite dense tall herb vegetation at partially-shaded situations. There are too few Irish records to be certain that N. obliqua shows no ecological characteristics particular to Ireland, but the available data would suggest the species can be expected to act here as it does elsewhere. This is an insect whose habitat is adversely influenced by man's activities, not in any sense an anthropophilic insect.

Lush streamside vegetation; flies through and settles on vegetation along the water's edge.

End April/beginning August. Larva: undescribed, but Reemer et al (2009) report that larvae of N. obliqua have been found in stems of Petasites hybridus, in tunnels made by larvae of another syrphid, Cheilosia canicularis.

In the collections of UM

From southern Sweden south to the Pyrenees; from Ireland eastwards through central Europe to European parts of Russia; the former Yugoslavia; the Caucasus. It is also regarded as threatened in some other parts of the Atlantic seaboard, but this is not a general situation. N. obliqua is endemic to Europe and is primarily a central European species, which reaches only the southern edge of Scandinavia and is unknown in the Mediterranean zone.

Added to the Irish list by Anderson (1986). N. obliqua exhibits a relictual distribution pattern in Ireland and has to be regarded as an endangered species here, appropriate for inclusion on any listing of insects requiring protection throughout the island.