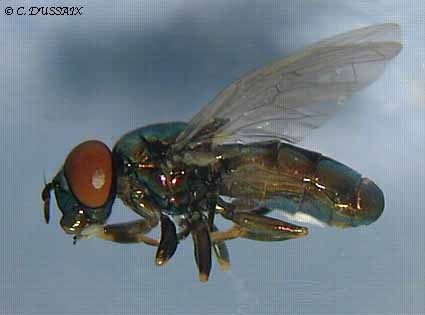 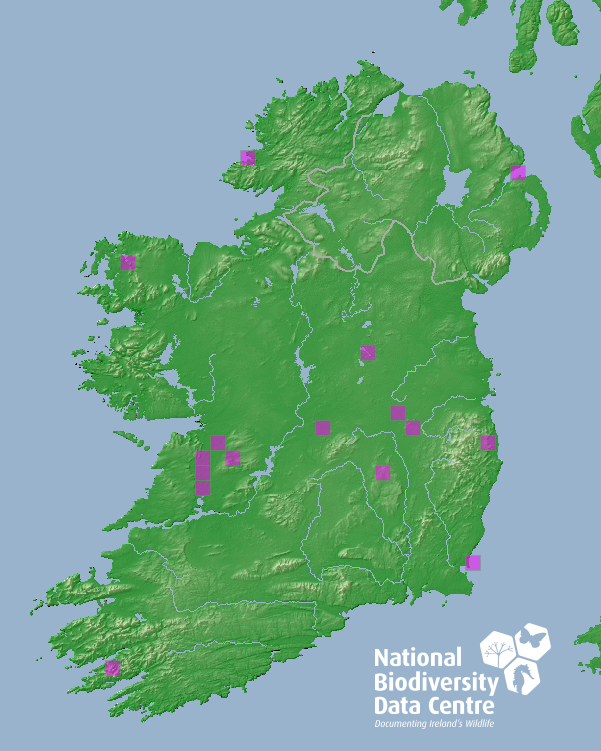 Wetland/forest; beside springs, flushes and brooks in wet acidophilous Quercus forest, wet woodland of Alnus/ Salix, Alnus/Salix carr, fen and the margins of raised bog. While it is true to say that this species occurs in association with cold, oligotrophic springs and small brooklets, often within fen, it does so primarily where the water spreads out to give a thin surface film, and is found also in association with more strictly helocren features. These features may be of only a few square metres in surface area, isolated within some other habitat, and adults of this species are rarely found away from them. Over much of the countryside, this type of habitat has been drained or consigned to a ditch and in all probability remaining Irish localities for O. geniculata reflect only part of its potential habitat range here.

In the immediate vicinity of spring-fed ponds and flushes and beside streams; flies within 2m of the ground and settles on foliage, including dead Phragmites stalks; also settles in the sun on the trunks of standing trees.

Mid April/mid May, plus June in Scandinavia and at higher altitudes. Larva: not described, but almost certainly associated with springs and wet flushes.

From northern Norway south to Belgium; from Ireland eastwards through northern and central Europe (plus parts of northern Italy) into Russia and on as far as eastern Siberia and Mongolia. In most parts of Europe south of Scandinavia, and for which data are available it would also be classified as vulnerable, or at least decreasing. In central Europe it should perhaps be regarded as endangered.

Recorded as occurring in Ireland in Coe (1953). Most of the few records (9 in all) are from the Midlands and south of the island, all of them from different 50km UTM squares. Recent records are mostly from protected wetland sites and the species may well be largely dependent upon such protection for its continued survival in Ireland. Although it cannot realistically be regarded as endangered here, it would reasonably be categorised as vulnerable.