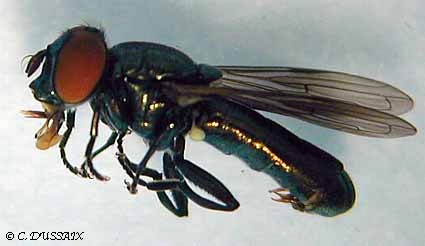 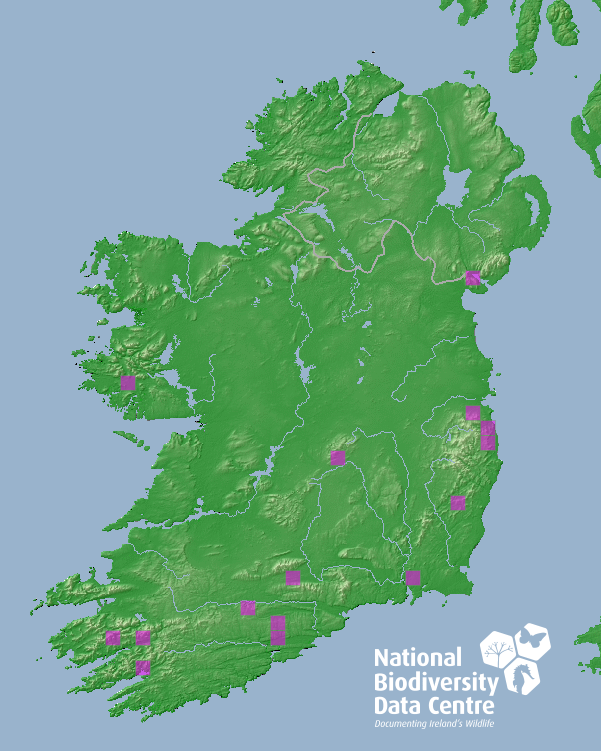 Freshwater/wetland/forest; springs and flushes in fen, raised bog, riparian gallery forest and humid Fagus. May on occasion also occur in association with springs in humid grassland. This syrphid occurs in association with springs and flushes in various situations in Ireland, but not where the water has become eutrophicated or the water-saturated ground has become enriched by organic waste like cow dung, or in conifer plantations. Neither does O. nobilis seem to be associated with rich fen in Ireland. General land-drainage activities and canalisation or piping of springs, such as are often associated with farm improvement, do not favour O. nobilis. This is not an anthropophilic insect and it can only be speculated that it was much more frequent in Ireland previously than it is today.

May/August, plus April in southern Europe. Larva: described and figured by Maibach and Goeldlin (1994), associated with springs and flushes, where it occurs in wet, organically-enriched mud.

From central Norway south to Pyrenees and central Spain; from Ireland eastwards through northern and central Europe into European parts of Russia; also in mountainous parts of Italy, the former Yugoslavia, Greece and Turkey; the Caucasus; through Siberia to the far east; China.

Recorded as occurring in Ireland in Coe (1953). The Irish records of O. nobilis are nearly all from the south and east of the island, but they cover a range of altitudes from 175m in Wicklow to sea level in Wexford. This is not a frequent species in Ireland and can only be expected to decrease as land drainage continues. It is widely distributed elsewhere in Europe, though absent from much of Scandinavia, and does not seem to be regarded as under threat in any part of the continent from which it is known.