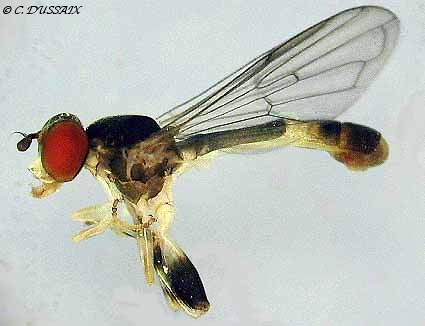 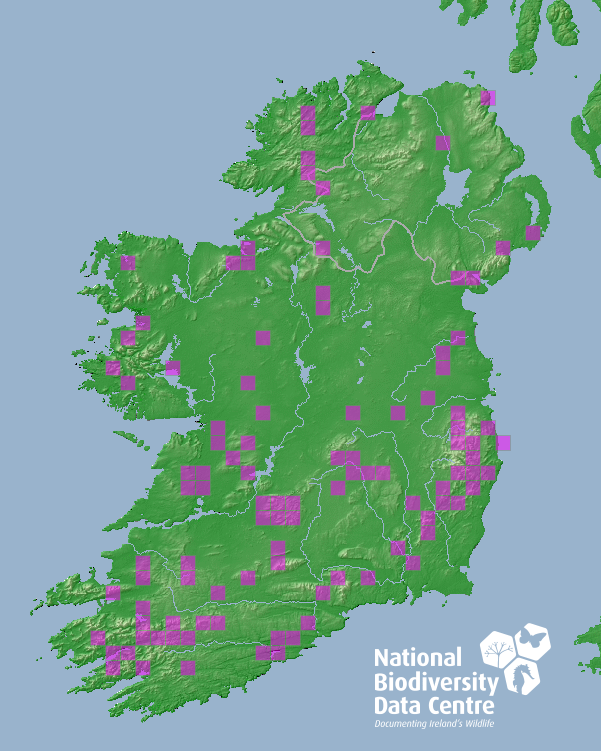 Forest; most types of humid coniferous and deciduous forest. Sphegina clunipes is associated with both deciduous and coniferous forests in continental Europe and with deciduous forests and conifer plantations in Ireland. In Ireland it has been found in both mature conifer plantations and establishment-phase crops i.e. plantations in which closed canopy conditions have not yet developed. S. clunipes is generally absent from the standard farm landscape of green fields plus hedges and from gardens and parks, though on occasion it can occur with tree lines of overmature trees.

Flies up to 2m from ground within woodland, rarely coming out into direct sunlight; can be found in dappled sunlight at the edge of clearings, in glades, along tracks, beside streams etc.; usually near water; visits flowers in the shade, as much as in sunlight.

May/September, with peaks in May/June and August. Larva: described and figured by Hartley (1961), from larvae found in wet, sappy material beneath a patch of wet bark on a living Ulmus. Larvae have also been found under the bark of water-logged branches of various deciduous trees and in sap runs on Quercus, e.g. by Rotheray (1990a), indicating that this species is not dependent upon sap-runs for larval development. S. clunipes has also been collected in emergence traps installed over flushes under the tree canopy of an Alnus wood. Rotheray (1994) illustrates the larva in colour.

From Fennoscandia south to Iberia; from Ireland eastwards through most of Europe into European parts of Russia and the Caucasus; through Siberia to the Pacific coast; Japan.  It is probably the most frequently encountered species of the genus in most parts of Europe, and occurs in wooded situations from northern Norway to the Mediterranean. It also ranges widely in Asiatic parts of the Palaearctic.

Recorded as occurring in Ireland in Coe (1953). S. clunipes is widely distributed and frequent in Ireland.