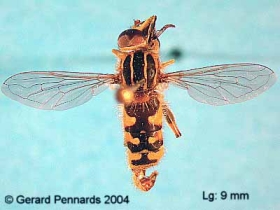 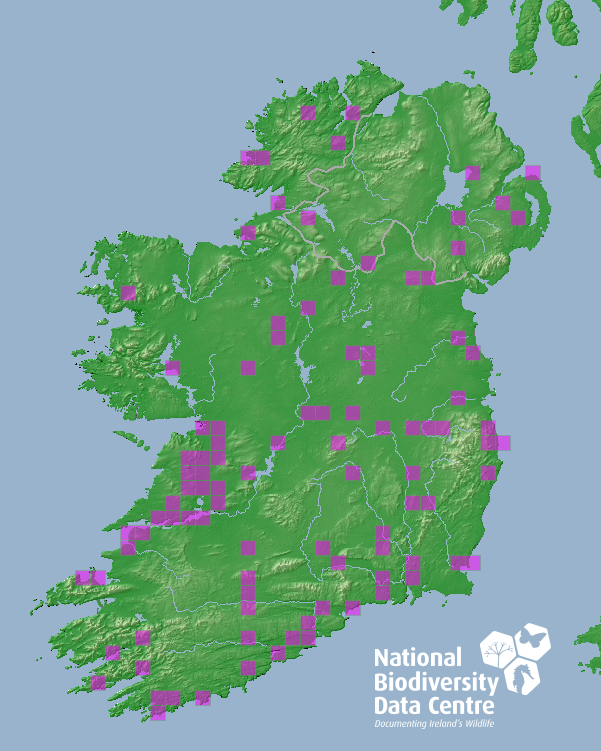 Wetland; bog, fen and marsh, including pond-side and riverine fen and alluvial wetlands, such as oxbow lakes. Although this insect occurs in Ireland in a greater range of wetland types than the other Anasimyia species it is not frequent here in bogs, other than where ground water influence is apparent, such as along streams, or along the edge of valley bogs or in cutover bog. Characteristically, in Ireland A.lineata is a species of fen and marsh, but also extends into poorly-drained farmland, where it makes use of permanently wet ditches and ponds. It can apparently survive higher levels of eutrophication than the other Anasimyia species. Stubbs and Falk (1983) suggest that in Great Britain A.lineata "is characteristic of pools of mesotrophic or eutrophic character on sandy soils". This may reflect more the relative scarcity of peaty wetlands in Britain than a difference in the ecology of A.lineata in Ireland and Great Britain i.e. where peaty wetlands are absent in W Europe, A.lineata will be largely confined to wetlands on mineral soils. A.lineata does not occur away from situations where either slow-running or standing water occurs and so is not a component of the syrphid fauna of the standard Irish farmland landscape, of green fields plus hedges. However, it can occur in Ireland in association with (and has been bred from) constructed wetlands, introduced to farmland for treatment of livestock waste. Neither does it occur in suburban gardens or in closed canopy situations within woodland or conifer plantation.

May to August. Larva: described and figured by Hartley (1961) and illustrated in colour (apparently from a preserved specimen) in Rotheray (1994); aquatic, microphagous, in rotting plant debris just below the water surface. The morphology of the chorion of the egg is figured by Kuznetzov (1988).

Scandinavia south to the northern edge of the Pyrenees and Ireland east through central Europe into European parts of Russia; through Siberia to the Pacific coast (Sakhalin).

A.lineata is more generally distributed in Ireland than other Anasimyia species, and not threatened. Recorded as occurring in Ireland in Coe (1953). The species is not infrequent in much of the rest of Europe's Atlantic seabord, from southern Norway to northern France.