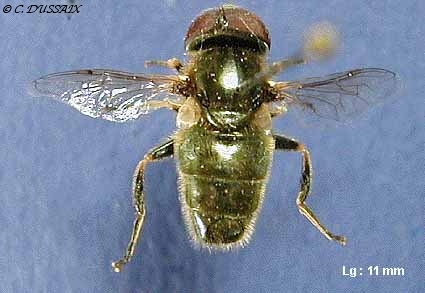 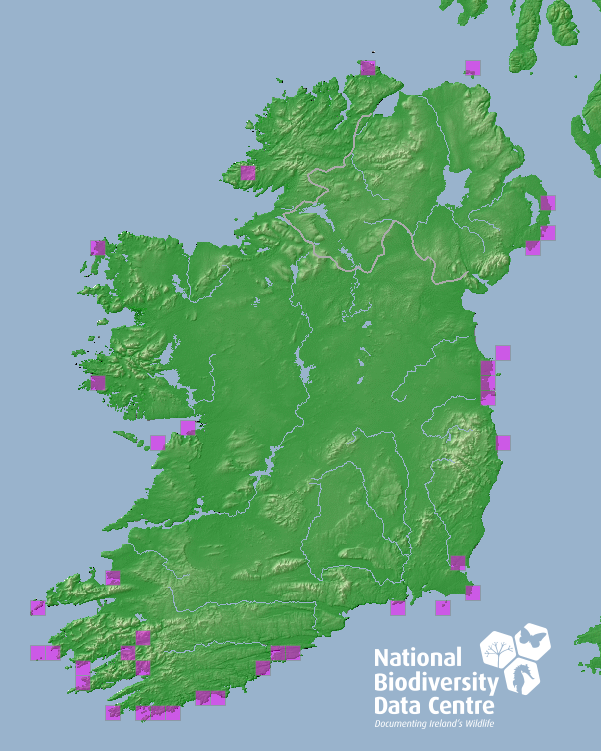 Freshwater; coastal lagoons, ponds, slow-moving rivers, streams and irrigation ditches, distinctly anthropophilic in southern Europe; towards the northern edge of its range confined to coastal sites. It may be found along either rocky or sandy shores, but rarely more than a few metres from the high tide line. This contrasts considerably with its occurrence further south in Europe, where it is to be found far from the coast, in particular along the margins of major rivers.

Flies very fast and low, over ground vegetation and settles on bare ground and rock, as well as vegetation. In continental Europe E. aeneus often occurs away from water, but in northern Europe it is nearly always found on the coast, only a few metres away from the high-tide mark. Further south, it may also be found along the sand and gravel banks edging large rivers.

April/September and on into October in southern Europe; overwinters as an adult. Larva: described and figured by Hartley (1961) and by Pérez-Bañón et al (2003), who also provide a key distinguishing the puparia of this species from the puparia of the other European Eristalinus. At the northern edge of its range the larvae of E. aeneus occur in freshwater seepages and brackish rock pools on the sea coast, but elsewhere they occur in a variety of inland situations, including in association with animal dung (e.g. from pigs) and in sewage farms.

See Key provided in StN Keys volume. Pérez-Bañón et al (2003) figure the male terminalia. The northern form of the adult insect is illustrated in colour by Bartsch et al (2009b), Kormann (1988), Stubbs and Falk (1983), Torp (1984, 1994) and van der Goot (1986). In specimens from southern Europe, the mesoscutum exhibits distinct longitudinal banding, as in E. sepulchralis (L.), particularly in the female.

Cosmopolitan; southern Sweden south to N Africa and the Canary Isles; on into the Afrotropical region south to Kenya and Tanzania; from Ireland eastwards through central and southern Europe and on through Russia and China to the Pacific and south into the Oriental region; Mauritius; in N America from Minnesota and Ontario south to California and Texas; Hawaii, Australia and the Gilbert and Ellis islands in Australasia; Bermuda.  It occurs widely in central and southern Europe and is one of the most cosmopolitan of all syrphid species, found more or less throughout the world (except for in the Neotropical), in suitable habitats.

Recorded as occurring in Ireland in Coe (1953). This species is frequent along most parts of the coast in Ireland and is not threatened here.