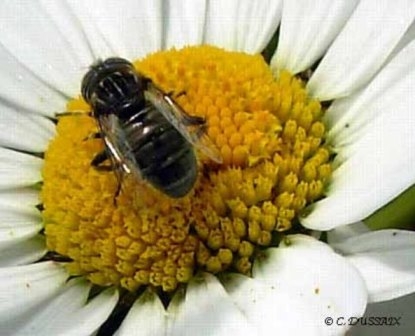 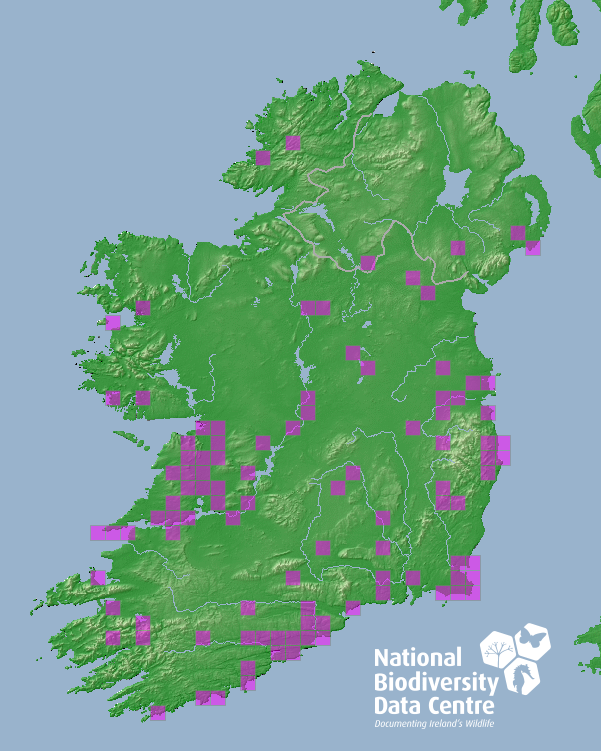 Wetland; fen, river and pond margins; significantly anthropophilic, occurring also where domestic stock is pastured, along polluted ditches and in the vicinity of slurry pits. This syrphid is primarily an anthropophilic species in Ireland, associated with animal farming. Areas of poached, bare mud enriched with animal faeces or the vicinity of farmyard manure heaps are the situations frequented by the adults. It can occur in Ireland in association with (and has been bred from) constructed wetlands, introduced to farmland for treatment of livestock waste. E. sepulchralis seems to have become less frequent recently, which may be due to changes in farming practices associated with animal waste storage and disposal - the farmyard manure heaps of yesteryear have all but disappeared from the countryside due to progressive enforcement of EU regulations. The same phenomenon is apparent in some of the other syrphids whose larvae feed in cow manure. E. sepulchralis can occur in Ireland away from sites frequented by livestock, for instance in rich fen and eutrophic wetland.

Mid April/September (March/October in southern Europe). Larva: described and figured by Hartley (1961), from larvae collected in rotting vegetation in a pond. This species has also been collected from emergence traps installed over Glyceria maxima beds in a seasonally temporary pool. Larval morphology also described and figured by Pérez-Bañón et al (2003), who provide a key distinguishing the puparia of this species from the puparia of other European Eristalinus.

Fennoscandia south to Iberia and the Mediterranean, including N Africa; from Ireland through most of Europe into Turkey and European parts of Russia; through Siberia to the Pacific coast; Japan; China; India.  It is also common and widely distributed in much of Europe and ranges beyond Europe through Asiatic parts of the Palaearctic and into the Oriental region.

Recorded as occurring in Ireland in Coe (1953). E. sepulchralis is common and widely distributed in Ireland, even if somewhat less frequent than previously.