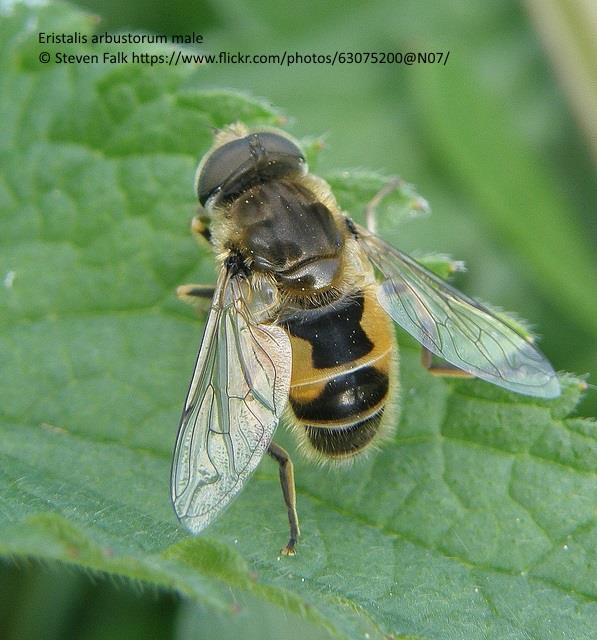 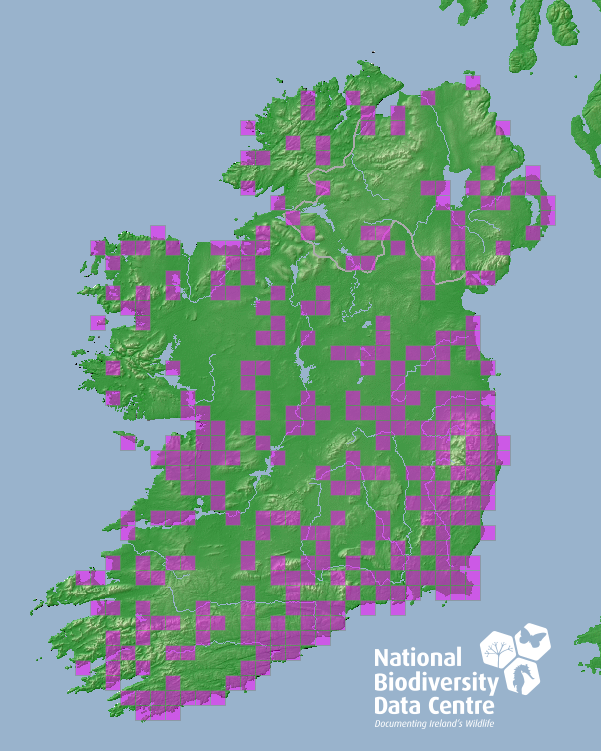 Wetland/forest; river and brook margins, marsh, fen, edges of raised bog and sunlit forest brooks. In Ireland, this species occupies the same habitats as elsewhere in Atlantic parts of Europe. E. nemorum is particularly associated with the shallow, slow-moving, oligotrophic/mesotrophic water of permanently water-filled drainage ditches and wetlands. It is also an alluvial flooplain species, occurring in temporary pools in alluvial forest caused by flooding, where there is an abundance of decaying vegetable matter. It has been reared from cow-dung in the laboratory, but it is doubtful whether it can complete development in dung away from water-logged conditions.

Flies within 2 - 3m of the ground; settles on low-growing vegetation; males spend considerable time in the vicinity of stands of plants in flower.

April/October (plus March in southern Europe). This species is a pronounced migrant. Larva: described and figured by Hartley (1961); aquatic/subaquatic, occurring in a wide variety of shallow, standing water situations and in cow-dung, silage pits etc. Dussaix (2005b) reports reared the species from compost and manure heaps.

Visits the flowers of a wide range of low-growing plants and shrubs (see de Buck, 1990, for list of plants visited by this species).

Throughout the Palaearctic region, including N Africa; N America from Wisconsin to Labrador and south to Kansas and South Carolina; reaches the Oriental region in northern India. In western Europe, there has been a noticeable decrease in the abundance of this species during the 1990s, which may be due to the widespread use of Ivermectins and similar compounds as systemic helminthicides. These compounds render cow-dung toxic to a range of dung-feeding insects, but their level of toxicity to E. arbustorum remains to be established, so that the extent to which the disappearance of this species is due to the spread of these compounds into general use remains uncertain. Recorded as occurring in Ireland in Coe (1953). E. arbustorum remains widely distributed in Ireland, though it is no longer abundant here. It also remains widely distributed in Europe and its considerable world range, together with its capacity to use other media than cow dung as larval food, should ensure its survival, whatever may be the effects upon it of Ivermectins.