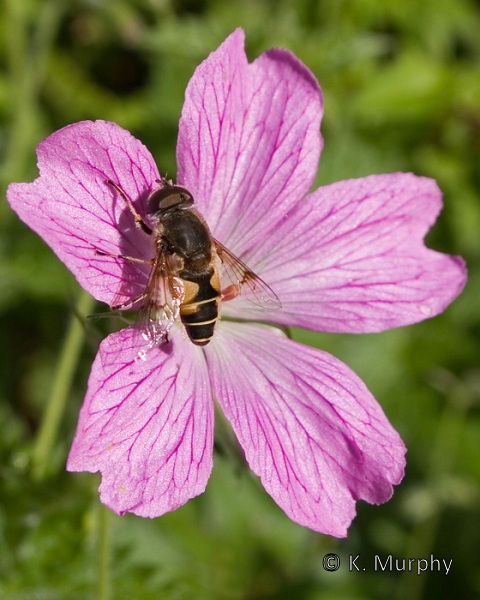 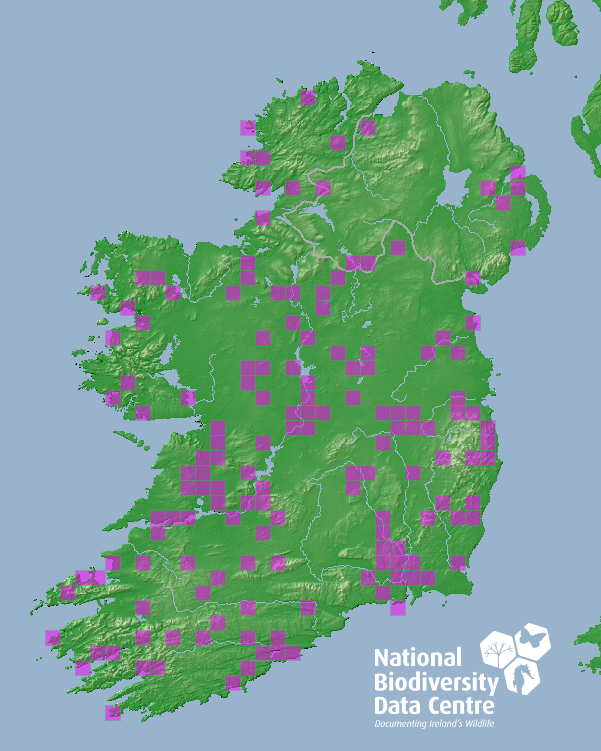 Wetland/forest; fen, cut-over valley bog, margins of pools, brooks and rivers. This is a species of brooksides in humid forest and scrub, both deciduous and coniferous, plus fen. The ecology of this species seems to be the same in Ireland as elsewhere. Lack of natural conifer forest in Ireland may be responsible for its lower frequency at higher altitudes here and the acidified, over-shadowed streams characteristic of commercial conifer plantations do not provide a replacement - where E. horticola occurs in these plantations the streams or pools are in the open or fringed by deciduous trees. It does not occur in the standard farmland landscape of green fields plus hedges, unless streams or other water bodies are present, or in suburban gardens and parks.

End May/mid September, plus April in southern Europe. Larva: the larva and puparium are described by Dolezil (1972).

Fennoscandia south to N Africa; from Ireland eastwards through much of Europe into Russia and on through Siberia to the Pacific coast (Sakhalin); India.

Recorded as occurring in Ireland in Coe (1953). Widely distributed and frequent in Ireland and much of the Atlantic seaboard of western Europe, E. horticola is essentially an Atlantic zone insect, becoming localised in central Europe where it is only frequent in the uplands, and confined to mountainous country in southern Europe.