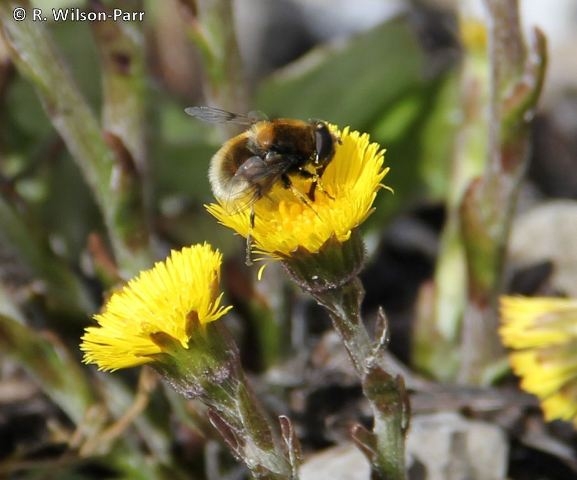 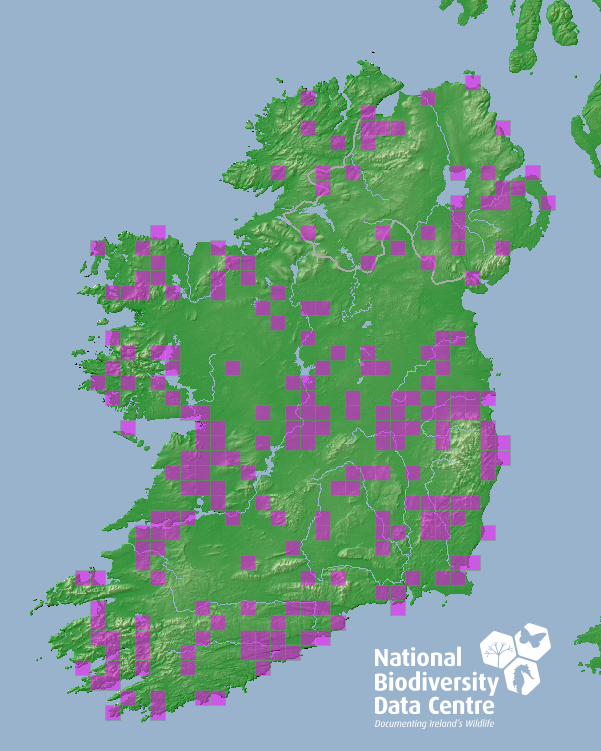 Wetland; raised bog/fen/fen carr/poorly-drained deciduous forest and humid, seasonally-flooded grassland. This Eristalis species is particularly frequent in Ireland. It is among the earliest syrphids to appear in the spring and has a succession of generations through into the autumn. Humid grassland that is even slightly flooded for part of the year and is used for grazing of cows seems especially suited to the needs of E. intricarius, and under those conditions its larvae may develop in water-logged cow-dung. But this species demonstrates no general dependency on cow dung, being generally absent from the standard farmland landscape of green fields plus hedges, and occurring in many locations from which livestock are absent. However, it can occur in Ireland in association with (and has been bred from) constructed wetlands, introduced to farmland for treatment of livestock waste. In more natural conditions, it occurs abundantly in fen and can be found also at the lagg edge of cut-over valley bog, where pools influenced by ground water are present.

In early Spring usually in the vicinity of scrub, carr or tall reeds, providing shelter; males hover along paths in carr and woodland at up to 5m; later in the year present in a wide range of wetland types, including boggy pasture; adults visit flowers of both low-growing plants and trees.

Iceland, Fennoscandia and the Faroes (Jensen, 2001) south to central Spain, but increasingly confined to mountainous regions towards the southern limit of its range and absent from much of southern Europe; from Ireland eastwards through much of northern and central Europe (though very localised in the Alps) into Russia as far as eastern Siberia.

Recorded as occurring in Ireland in Coe (1953). Although widely distributed and frequent in Ireland and in other parts of Europe's Atlantic seaboard countries northwards from northern France (inclusive), E. intricaria becomes progressively localised as one travels further south or into central Europe. It is, however, frequent in northern Europe, where its range extends eastwards into Asiatic parts of Siberia.