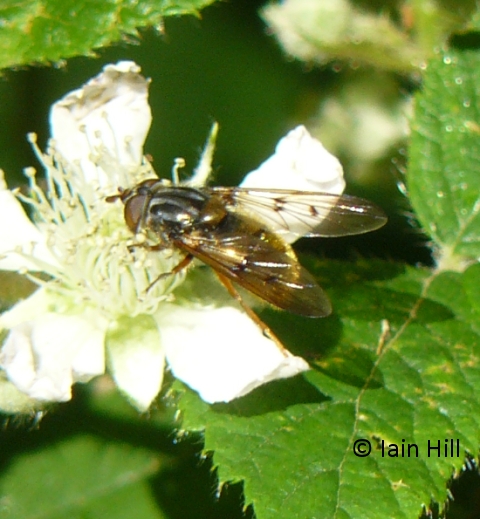 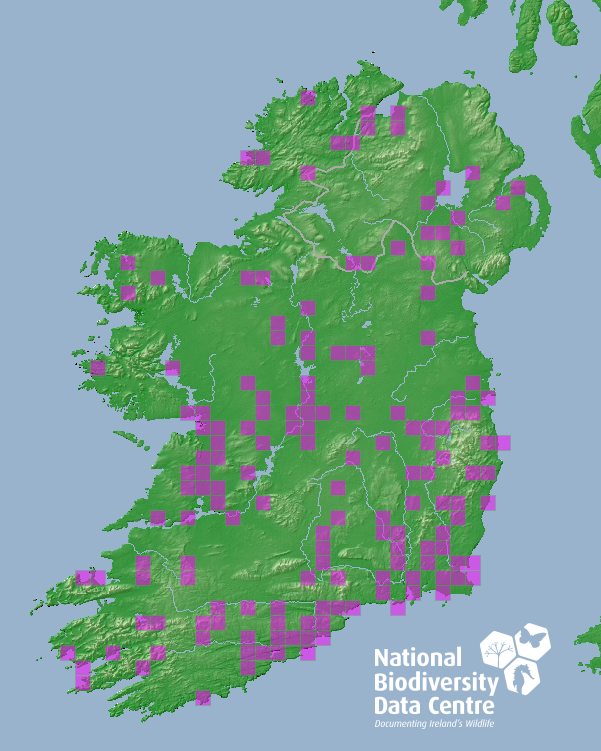 Wetland/freshwater; non-eutrophic pools both temporary and permanent in fen, poor fen, deciduous woodland and dune slacks; cutover valley bog; fen carr; brooks through woodland. This species occurs in a wide range of situations in Ireland, but normally very close to some form of water body that is not eutrophic. Temporary pools, such as may occur in dune slacks or seasonally-flooded grassland, are frequented by this species, along with river banks, brook edges permanent pools and water-filled ditches. With drainage and eutrophication of surface-water bodies H. hybridus becomes scarcer and the species is now less frequent in farmland than previously. However, it can occur in abundance in Ireland in association with (and has been bred from) temporarily-flooded Glyceria maxima beds in constructed wetlands, introduced to farmland for treatment of livestock waste.

Flies up to 2m from the ground, usually close to water and in the vicinity of dense, tall vegetation, e.g. Iris, Filipendula, Salix carr; settles on foliage up to 2m.

Beginning May/ beginning September. Larva: described and figured by Hartley (1961), from larvae collected from decaying rhizomes of Typha, in a pond. This species has also been collected in numbers from emergence traps installed over beds of Glyceria maxima, in a seasonally temporary pool.

From Fennoscandia south to northern France; from Ireland eastwards through much of northern and central Europe (though very localised in the Alps) into Russia and on through Siberia to the Pacific coast; Serbia, Mongolia; in N America from Alaska to Nova Scotia and south to Utah.

Recorded as occurring in Ireland in Coe (1953). Very widely distributed in Ireland, and more frequent here than in most other parts of Europe. This species also has an extensive range outside Europe.