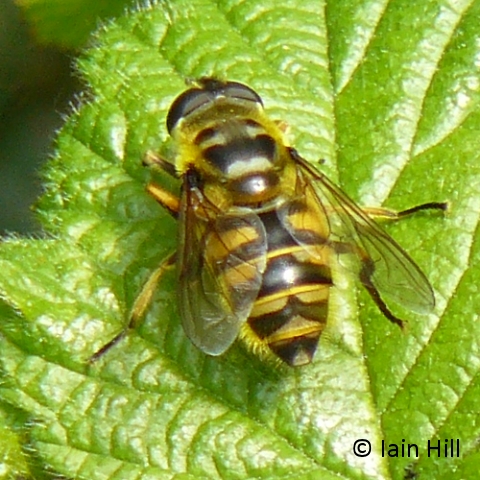 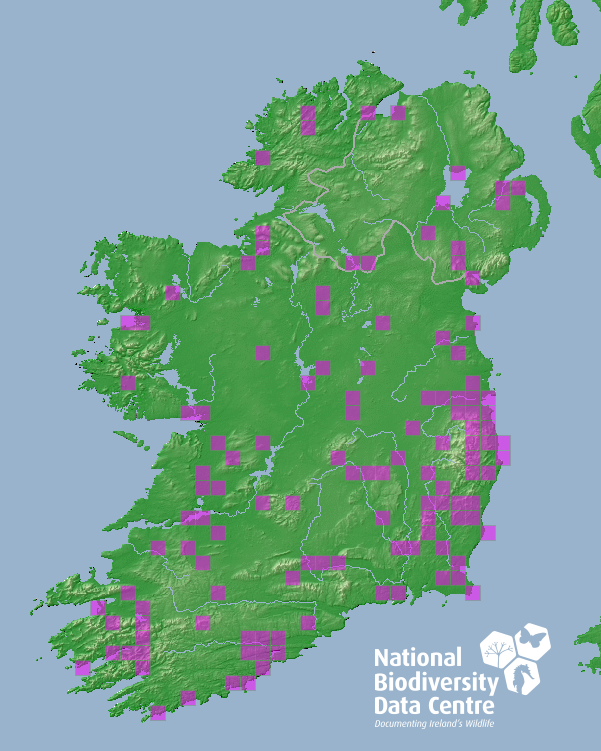 Most types of deciduous forest; also in fen carr; to some extent anthropophilic, occurring in humid pasturage and suburban gardens. Although primarily a forest insect, with its aquatic larvae living in wet tree holes (inparticular in temporary, water-filled hollows in tree forks, or other external situations), M. florea may also frequently be found away from woodland in Ireland, for instance in fen or humid, seasonally-flooded grassland. The range of microhabitats used by the larvae of this insect is probably inadequately known and it seems likely that it may, on occasion, be able to use garden compost heaps and, on farms, other accumulations of wet vegetable matter like manure, or even silage, from the circumstances under which it can be found.

Clearings, tracksides, hedgerows; flies fast, usually at 2m upwards in height; males circulate at speed, making a highly audible, high-pitched buzzing, among the branches of trees in bloom; both sexes fly along the margins of woodland streams, settling on stones etc. at the water's edge, often in order to drink; females often frequent puddles of water beside fallen or felled trees.

May/October, with peaks in June and August. Larva: described and figured by Hartley (1961) and Rotheray (1994) and illustrated in colour by Rotheray (1994); aquatic, frequent in standing-water rot-holes and in water-filled hollows among treeroots, on tree stumps or at the junction between major branches and trunk, from ground level to high in the tree (at least 10m). It has been found in association with various deciduous trees, including Alnus, Betula, Castanea, Fagus, Populus and Quercus, and especially with Fagus, but also with conifers, e.g. Pinus sylvestris (Dussaix, 2005b). Larvae can also develop in wet cow dung and compost heaps. Whether the species can also use silage effluent and/or manure heaps is uncertain. Although larval development can be rapid (some months only) it may take two or more years. Larval biology of this species is reviewed by Rotheray (1994). Greig (1989) provides details of overwintering by Myathropa larvae, suggesting their main cause of mortality is the drying-up of many rot-holes toward the end of the winter.

From Fennoscandia south to Iberia and the Mediterranean, the Canary Isles and N. Africa; from Ireland eastwards through Eurasia to the Pacific coast. It also ranges widely outside Europe, through Asiatic parts of the Palaearctic.

Recorded as occurring in Ireland in Coe (1953).  M. florea is generally distributed and common in Ireland, as it is over most of Europe from central Scandinavia southwards almost to the Mediterranean.