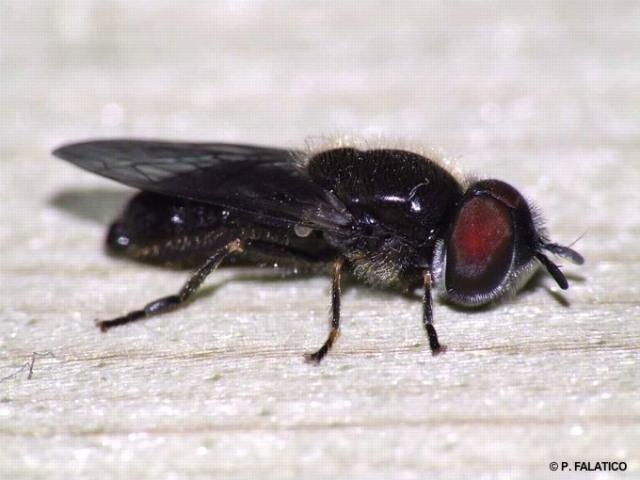 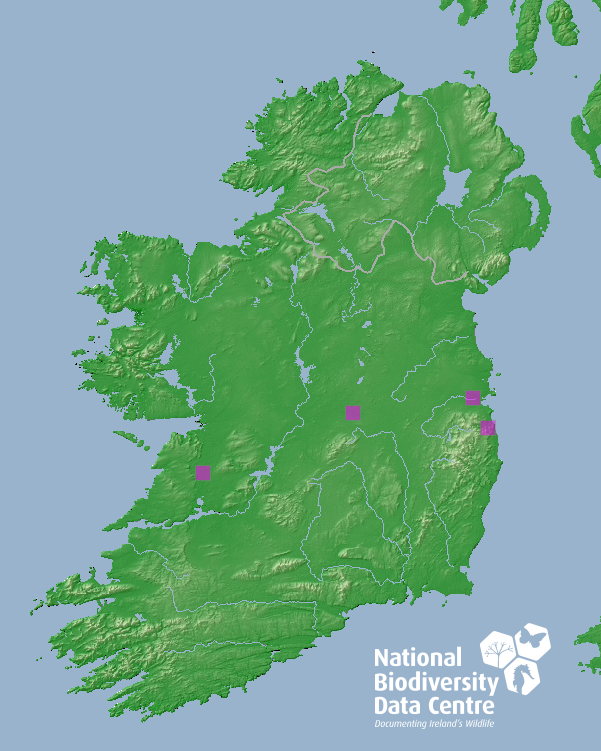 Forest; deciduous forest (Fagus, Quercus), including alluvial hardwood forest, plus broad-leaved evergreen forest (Q. ilex/Q. suber), orchards and sometimes suburban gardens (where fruit trees are present). The few Irish records of this species are all from deciduous woodland with a well-developed understorey of shrubs. It would be expected to occur in the fruit-growing region of the south-east, but as yet has not been found there. H. heringi is not an insect of wet deciduous woodland e.g. Alnus or Salix and has not been found in either Betula forest or coniferous forest, so it is largely restricted in Ireland to remnant areas of oak forest.

Flies low among the foliage of bushes and within low growing vegetation, at the edge of clearings or along paths, usually in partial shade; visits flowers in partially shaded situations; comes out into the open to sun-bathe on the foliage of low-growing shrubs in the evening.

End April/July, with occasional specimens in August. Larva: described and figured by Dusek and Laska (1959); larval biology described by Dusek and Kristek (1967), Kurir (1963) and Rojo et al (1999); the larvae are predators of gall-making or leaf-curling aphids or psyllids on various trees, e.g. Populus and Ulmus, fruit trees e.g. Malus, Prunus spp., Pyrus, shrubs e.g. Laurus, Pistachio and live within the aphid galls, one larva per gall being normal. In the case of Laurus nobilis, Rojo et al (1999) observed that it was characteristically the young plants, less than 1m tall, on which H. heringi larvae were found. Rojo and Marcos-Garcia (1997) established that from oviposition to production of a puparium takes three weeks and that the adult hatches from the puparium after two weeks, during the summer. The larvae overwinter in diapause, which ends in April/May.

Claussen et al (1994), who figure the male terminalia. The adult insect is illustrated in colour by Bartsch et al (2009b), Stubbs and Falk (1983), Torp (1984, 1994) and van der Goot (1986). H. heringi as recognised here is regarded by some authors as a mixture of two species, H. heringi and H. senilis Sack. Claussen et al (1994) were unable to find consistent differences that supported this subdivision and this situation has not changed subsequently. Authors who continue to recognise H.senilis as a separate species have failed to provide any additional features to substantiate their action. Jones (2001), for instance, refers to the same features as used by Claussen et al (1994), but re-interprets them, claiming constancy in differences between H. heringi and his "H. senilis", in both length of the third antennal segment and shape of a sclerite (post-anal lamella) of the male terminalia. He also regards colour of general body hairs, and in particular the colour of the hairs on the mesonotum (wrongly cited as "dorsum of pronotum" in Jones's key) as diagnostic, H. senilis being regarded as white-haired and H. heringi "dark" haired. It is not clear how the identity of the many specimens with mixed white and dark hairs, intermediate-length 3rd antennal segment and intermediate post-anal lamellae would be decided. In the present text the case for recognition of H. senilis as a separate species is regarded as unproven. H. heringi does occur in a wide range of forest types, however, and its larvae live in galls on trees and shrubs of very different type e.g. Laurus, Pistachio, Populus, Prunus, so its apparent variability might be indicative of the existence of a number of very similar species (rather than just two) under the same name. H. herimgi would seem to be an appropriate subject for molecular taxonomic study! For distinctions from H. hispanica, see under H. hispanica.

From southern Norway to southern Spain and the Mediterranean (including Crete); from Ireland eastwards through central and southern Eurasia to Greece, Romania, Turkey and European parts of Russia; Mongolia.

Recorded as occurring in Ireland in Coe (1953), but based on a specimen with no locality data. The presence of this species in Ireland was confirmed by Speight (1980b). There are only three Irish records of this species, and it probably should be regarded as a candidate for inclusion on any list of insects requiring protection at national level. Were it not for the fact that the existing records are all from sites that are to some extent protected, this species would have to be regarded as endangered in Ireland.