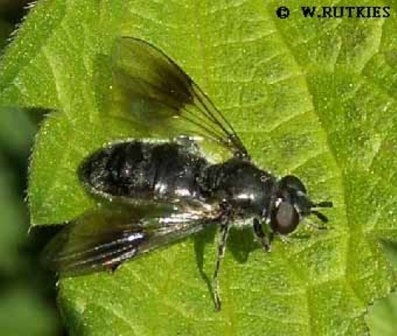 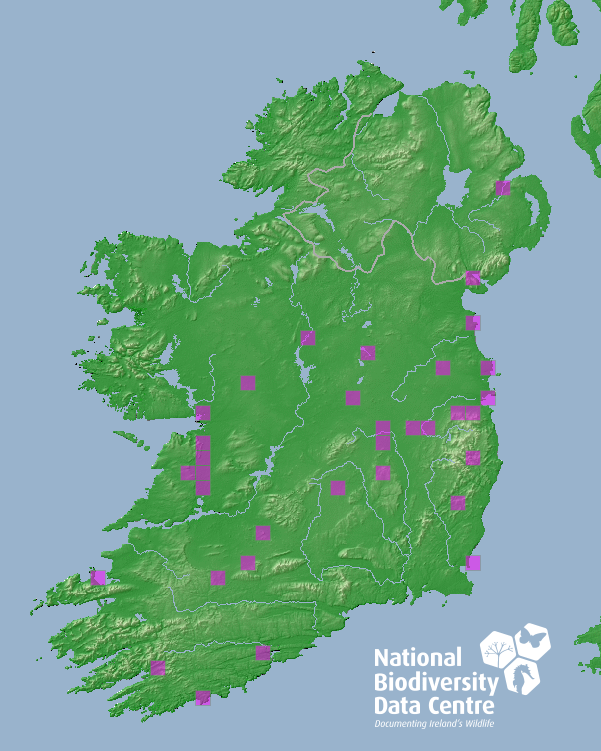 Forest/open ground; tall herbs and shrubs (e.g. thickets of Rubus fruticosus) at edges of open areas and tracks in deciduous (acidophilous Quercus) forest, conifer plantations and Atlantic scrub (including Corylus scrub on limestone pavement); tall herb vegetation edging fen and reed beds, pools and lakes; along hedges with an associated tall-herb, field-margin zone, in farmland; crops of Solanum tuberosum. In Ireland as elsewhere P. austriaca is characteristic of the ecotone between forest and open ground and can occur in man-made facsimiles of this ecotone, like hedgerows with an associated field margin. However, it does not seem to occur in suburban gardens. Frequently, it is found in the vicinity of bramble (Rubus fruticosus agg.) thickets along tracks in deciduous woodland or conifer plantation. This is an insect that has probably diminished in frequency in consequence of hedgerow removal.

Flies through tall-herb ground vegetation and around shrubs.

Bartsch et al (2009b). At present, P.austriaca cannot be reliably distinguished from related species in much of Europe. The limited interpretation of this species adopted here is based on Speight (2002b).

Uncertain, due to confusion with related species, but as interpreted here in much of the Atlantic zone and southern parts of Scandinavia.

Recorded as occurring in Ireland in Coe (1953). There are no records of P. austriaca from the NW of Ireland, which would be consistent with its distribution elsewhere, e.g. its absence from most of Scotland (Ball and Morris, 2000) and from all but the extreme south of Norway (Nielsen, 1999). But records from the rest of the island are sufficiently frequent that this species cannot be regarded as under threat in Ireland.