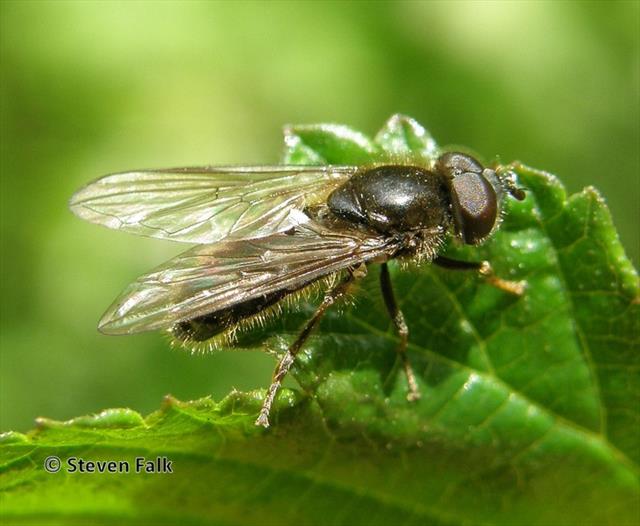 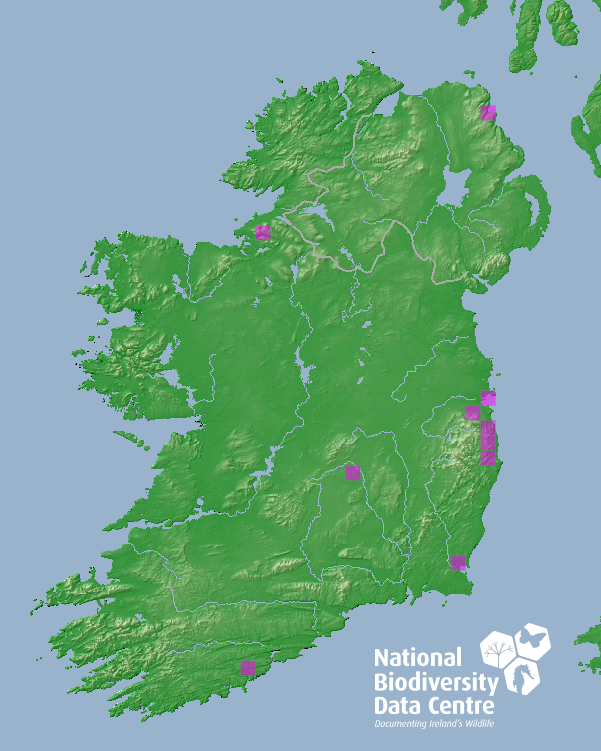 Forest: deciduous forest; mature humid Fagus and acidophilous Quercus forest and woodland; thermophilous Quercus forest. Mature suburban gardens (i.e. with shrubs and deciduous trees) can on occasion provide a secondary habitat for this species, but there is no indication that P. luteitarsis occurs along hedgerows in farmland. Essentially, this is a deciduous forest insect which does not occur in either open ground or wetland habitats. Neither does it occur in association with conifer plantations.

To a significant extent arboreal, flying at up to 5m from the ground round the foliage of mature trees and shrubs; settles on foliage of the lower branches of oak and beech at the edge of clearings and paths etc., and on bushes, e.g. Rubus fruticosus.

Mid April/end May, with occasional later records. Larva: undescribed, but illustrated in colour by Rotheray (1994).

Vujic et al (2008) provide a key distinguishing P. luteitarsis from other known European species of the luteitarsis group and also figure the male terminalia. This species can be separated from others occurring in western Europe by the lack of a pair of apico-ventral ridges on the hind femora, which are present in the other species, except for P. accola, P. luteibarba and P. quadrimaculata (Panz.). In males of P. quadrimaculata the hairs on the thoracic pleura and abdomen are almost entirely black, whereas they are pale whitishyellow in P. luteitarsis. Wolff (1998) provides features distinguishing P. accola from P. luteiventris in both sexes, but does not refer to the lack of the apico-ventral ridges on the hind femora in P. accola. Males of P. luteitarsis may be reliably distinguished from P. accola and P. luteibarba by features of the terminalia. The adult of P. luteitarsis is illustrated in colour by Bartsch et al (2009b), Stubbs and Falk (1983) and Torp (1994).

From Fennoscandia south to Belgium and France; from Ireland eastwards through central Europe (Alps) into European parts of Russia. Recorded as occurring in Ireland in Coe (1953). Subsequent to recognition of the presence of P. accola in western Europe (Wolff, 1998) the identity of available Irish P. luteitarsis material has been rechecked and it can be confirmed that it refers to P. luteitarsis, not P. accola. This species is not widely distributed in Europe, occurring from southern Norway south through mountainous country to central France and then eastwards through the Alps. But generally it is not regarded as under threat, apart from in Belgium.

Irish records of P. luteitarsis are few, localised and concentrated mostly in one part of the east of the island. But there is no indication that the species is decreasing and it is recorded from protected sites, so at present there is not much justification for including it on lists of species requiring protection at national level.