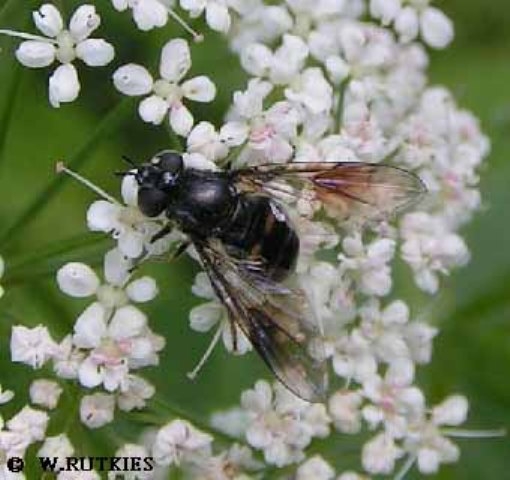 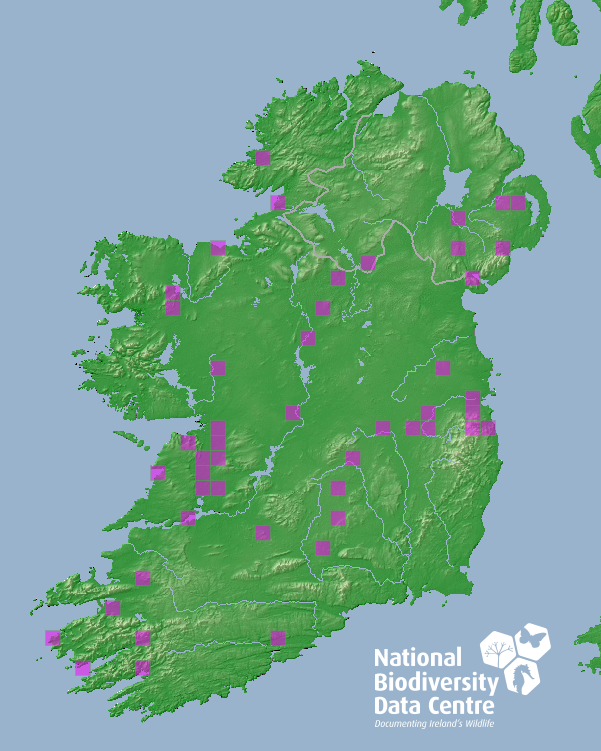 Forest/water-edge ecotones; edges of open areas and tracksides in Atlantic scrub, conifer forest, conifer plantations, Salix forest and Quercus forest; tall herb formations along streams in deciduous forest, around fens and at pool or lake edges in open country; suburban gardens and along hedges in farmland. P. noctiluca is very much a species that "skulks" along and within the fringes of tall-herb vegetation edging tracks or open areas in deciduous and coniferous woodland and in similar situations between wetlands and drier open ground. In this it resembles P. austriaca, but occurs also in wetter and more humid situations than P. austriaca. Additionally, P. noctiluca can occur in suburban gardens.

May/beginning July and end July/beginning September, with peaks in June and August. Larva: aphid-feeding on bushes and shrubs up to 3m from the ground.

At present, P. noctiluca cannot be reliably distinguished from related species in much of Europe. The limited interpretation of this species adopted here is that of Speight (2002b), who distinguishes it from the other Pipiza species occurring in Ireland. It remains uncertain to which taxon this name should be applied and interpretations vary from author to author. The adult insect is illustrated in colour by Bartsch et al (2009b) and Haarto & Kerppola (2007).

Uncertain, due to confusion with other species but, as interpreted here, known from much of the Atlantic zone and Scandinavia.

Recorded from Ireland in Coe (1953). Due to the potential for confusion between the males of this species and P. bimaculata, identification of the females in more reliable. P. noctiluca is the most frequently met with species of Pipiza occurring in Ireland and cannot be regarded as threatened here.