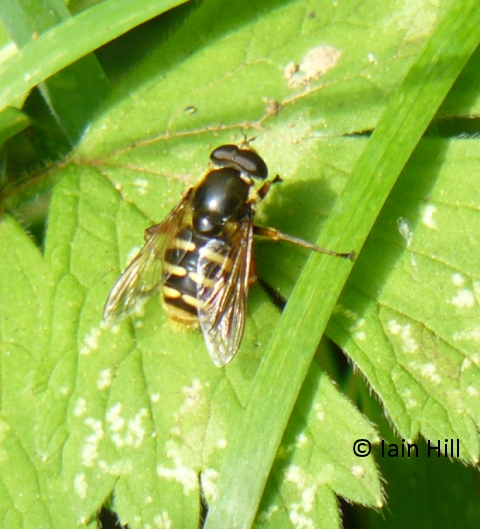 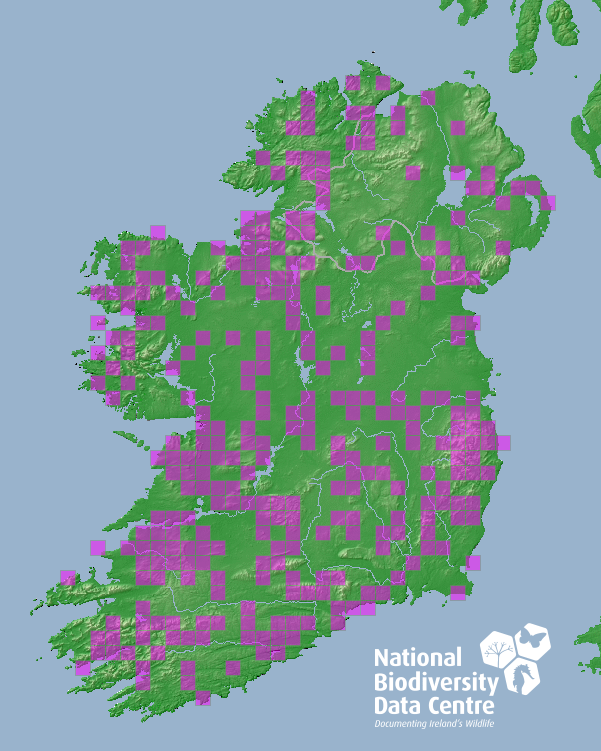 Wetland/forest; wet moorland, valley bog, fen and Alnus/Salix carr; along streams in humid coniferous and deciduous forest. Sericomyia silentis and S. lappona have rather similar habitat preferences, and may be found together, but S. silentis is more of a forest species, found in a greater variety of forested situations than S. lappona. Essentially, S. silentis is characteristic of the humid Fagus/Picea forest belt, whereas S. lappona becomes more frequent toward the upper levels of this zone, at locations where wetland conditions are more pronounced. Nonetheless, S. silentis is also very much a species of bog and fen in Ireland and occurs also in humid, seasonally-flooded, grassland (.e.g. Molinia grasslands) and in open areas along streams in poorly-drained conifer plantations. This is not an insect of the standard farmland landscape of green fields and hedges, though it may persist there in undrained patches of largely unimproved, wet grassland. S. silentis is not an insect of orchards, suburban gardens or urban parks. It is a generally anthropophobic syrphid which can only co-exist with man's use of the countryside in certain circumstances i.e. when that use is not intensive and does not involve comprehensive land drainage of its larval microhabitats.

Flies within 3m of the ground, tracksides and along streams in woodland; in moorland or heath may be found far from water; often settles on foliage of low-growing plants or bushes, and on the ground in the vicinity of water.

End May/beginning October. Larva: not described, but has been found in old, wet bark and wood fragments and saw-dust on an old forest sawmill site and from humus-rich mud in an acid fen flush. Also found by Bloomfield (1897) in the bottom of a water-filled ditch draining an exploited peat bog. The morphology of the chorion of the egg is figured by Kuznetzov (1988).

From Fennoscandia south through mountainous regions to the Pyrenees; from Ireland eastwards through northern Europe and mountainous parts of central Europe (this species is very local in the Alps) into Russia (and the Caucasus) and on to the Pacific coast and Japan.  It is widely distributed in northern and central Europe and in the Atlantic zone southwards to northern France. Further south it becomes more restricted to mountainous country, occurring down to 750m at the southern end of the Pyrenees and at c1500m in the Apennines. Outside Europe, it occurs through Siberia to the Pacific.

Recorded as occurring in Ireland in Coe (1953). S. silentis is generally distributed in Ireland and usually frequent where it occurs.