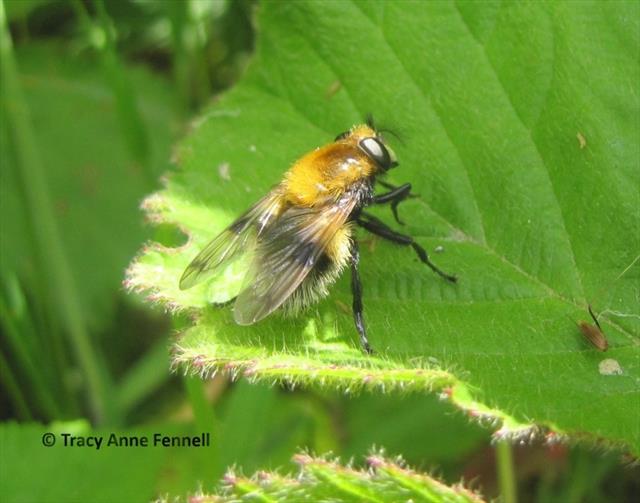 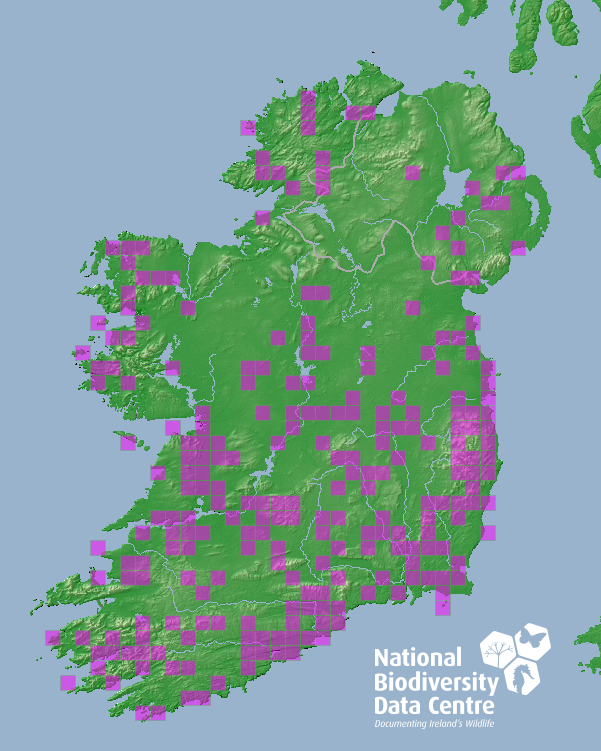 Forest/wetland; open areas in most types of deciduous forest and humid Pinus forest, edges of fens and raised bogs; along hedges in farmland; in evergreen oak forest (Q. ilex) in southern Europe. V. bombylans occurs in a wide range of habitats in Ireland, where the bumble bees (Bombus) that host its larvae are to be found. These include the Irish species Bombus jonellus, B. lapidarius, B. muscorum, B. pascuorum, B. ruderarius, B. sylvarum and B. terrestris (Barkemeyer, 1994). Some of these bumble bee species are now becoming threatened in Ireland as a consequence of intensification of farming activities, drainage of wetlands and coniferisation of erstwhile open areas, but others remain frequent. The latter group includes B. pascuorum, which can use field margins/hedgerows as nest sites and V. bombylans is frequent in farmland. It does not occur in gardens or suburban parks, however. V. bombylans is to a significant extent an anthropophilic syrphid in Ireland and this is likely to continue for as long as farming practices do not cause the disappearance of bumble bees from the Irish farmland landscape (bumble bees have already largely disappeared from farmland in parts of the Atlantic seabord countries of Europe).

Clearings, tracksides etc., in scrub as well as mature woodland; also in humid grassland and along field hedges; usually flies within 2m of the ground; settles on low-growing vegetation and bushes.

May/August, plus September at higher altitudes/more northerly latitudes. Larva: the final instar larva and puparium are described and figured by Rotheray (1999b). The morphology of the chorion of the egg is figured by Kuznetzov (1988). Smith (1955) describes the egg and first instar larva; the larvae are known to be detritivores/larval predators in nests of bumble bees (Bombus species), where they occur in the floor of the nest cavity, as shown diagrammatically by Schmid (1996). Barkemeyer (1994) lists the Bombus species with which larvae of this syrphid have been found, pointing out that there are also records from nests of Vespula species. Rotheray (1999b) provides a key to the determination of the larvae and puparia of European Volucella species, other than V. elegans.

Visits a wide range of flowers, including many different composites and umbellifers and trees in bloom. De Buck (1990) provides a comprehensive list of flowers visited.

From northern Fennoscandia south to Iberia; from Ireland eastwards through central and southern Europe into Russia and the Caucasus and on to the Pacific coast and Japan; in N America from Alaska to Newfoundland and south to California and Georgia.  It occurs north to as far as northern Norway, and south almost to the Mediterranean. However, it is somewhat less frequent in southern Europe than elsewhere in the continent. It is a Holarctic syrphid, widely distributed in North America.

Recorded as occurring in Ireland in Coe (1953). Volucella bombylans is common and widely distributed in Ireland, as it is in much of western and central Europe.