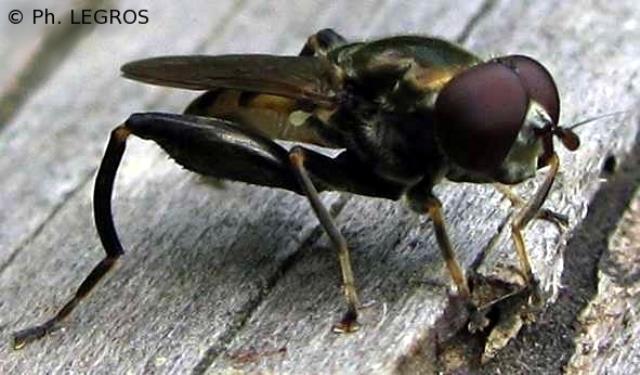 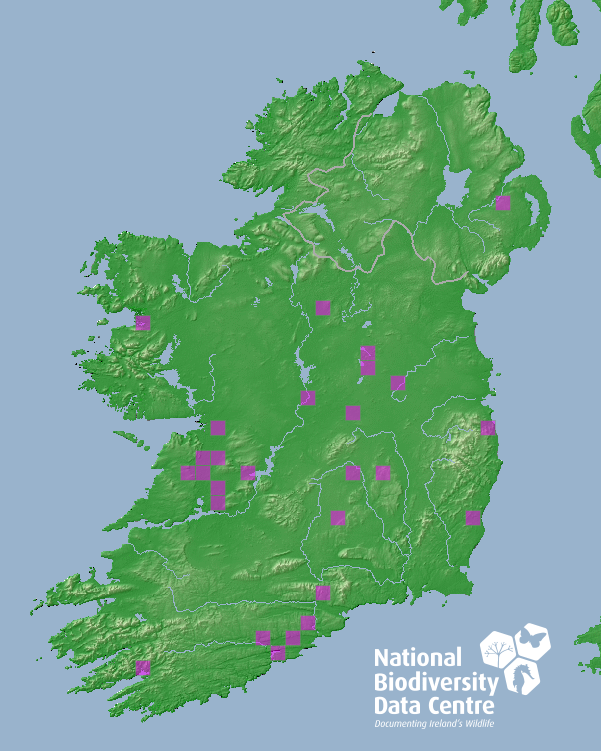 Forest/wetland; Alnus/Salix carr; poorly drained deciduous forest and woodland; alluvial gallery forest; beside ponds and along streams in deciduous forest and woodland. In Ireland, this fly is closely associated with stands of small willow (Salix) species that include fallen and rotting trunks and branches, along the banks of lakes, streams and rivers, which is also typical habitat for C. nemorum elsewhere in Europe. The secretive habits of the adult fly render it easily overlooked and it may be somewhat under-recorded in consequence. But it is very susceptible to capture by Malaise traps, which can be relied upon to demonstrate the species' presence where it occurs.

On sunlit foliage of bushes etc. overhanging the water along streams in woodland; on trunks of fallen and felled trees beside water; also settles on bare, damp mud/sand at the water's edge, to drink.

Beginning May/end September. Larva: described and figured by Hartley (1961); occurs beneath bark of water-sodden deciduous timber, stumps and in damp tree rot-holes in deciduous trees, such as Betula, Fagus, Populus,Quercus, Salix and Ulmus. Also recorded from under the bark of stumps of Larix and Pinus and from a water-sodden Larix trunk lying partly in the water (Bagachanova, 1990). Jukes (A.Jukes, pers.comm.) has observed oviposition on Salix and Betula logs, in a log-jam of partially submerged timber across a small river in riverine gallery forest.

Fennoscandia south to the Pyrenees; Ireland eastwards through much of northern, central and southern Europe (to southern Italy) into Russia and on to the Pacific coast (Sakhalin, Japan); in N America from Alaska to Nova Scotia and south to California. This species is unusual among saproxylic syrphids, in that it has an extremely large world range, being found throughout Eurasia from the Atlantic to the Pacific and also from coast to coast in N America.

Added to the Irish list by Speight et al (1975). The distribution of C. nemorum in Ireland is centred on the midlands, with few records from elsewhere. Where it does occur the species is by no means abundant, most records being of few individuals occurring within very circumscribed areas. There is no basis for categorising C. nemorum as threatened in Ireland.