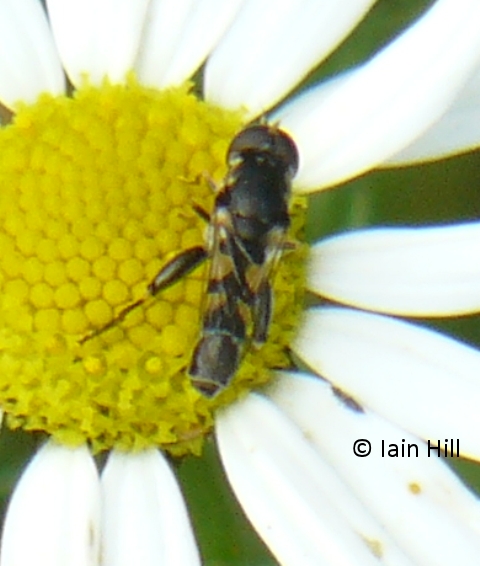 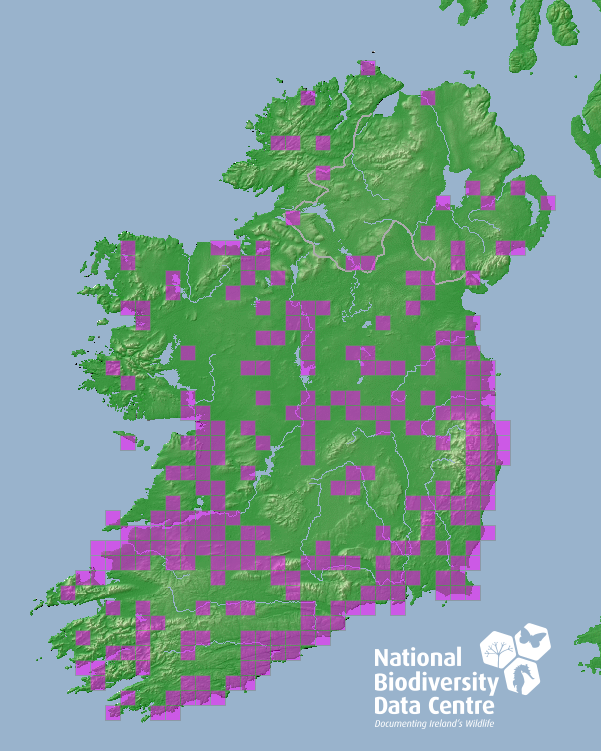 Wetland; fen, edges of bogs and along the margin of almost any freshwater body, including lakes, ponds, ditches, canals, brooks and rivers; anthropophilic, occurring in most sorts of farmland, suburban gardens and urban parks. Syritta pipiens is an archetypally anthropophilic syrphid, occurring both in Ireland and elsewhere in association with garden compost heaps, cow dung and manure, seepages from silage clamps, rubbish dumps and other concentrations of decaying vegetable matter. Evolutionarily, its home is probably in alluvial forest and nutrient-rich wetlands and it may be found in Ireland in fen and marsh habitats today. But it is in the standard Irish farmland landscape of green fields and hedges that S. pipiens is effectively ubiquitous.

March/November, and in southern Europe probably all the year round, but most records are from May/October. Larva: described and figured by Heiss (1938) and Hartley (1961) and illustrated in colour by Rotheray (1994) and Bartsch et al (2009a); an inhabitant of various types of moist, decaying, vegetable matter, including cow dung and garden compost heaps.

Becoming cosmopolitan; known from most of the Palaearctic, including North Africa, most of N America, S America and the Oriental region. But records from the Afrotropical region are apparently erroneous. It is also common in most of the rest of Europe, from northern Norway to the Mediterranean and occurs widely beyond Europe, n Asiatic parts of the Palaearctic region and beyond, in the Oriental, the Nearctic and the Neotropical regions.

Given as occurring in Ireland in Coe (1953). In Ireland, S. pipiens is one of the most common and generally distributed syrphid species.