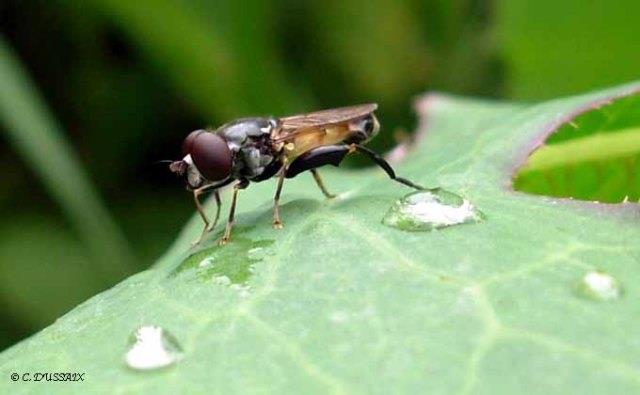 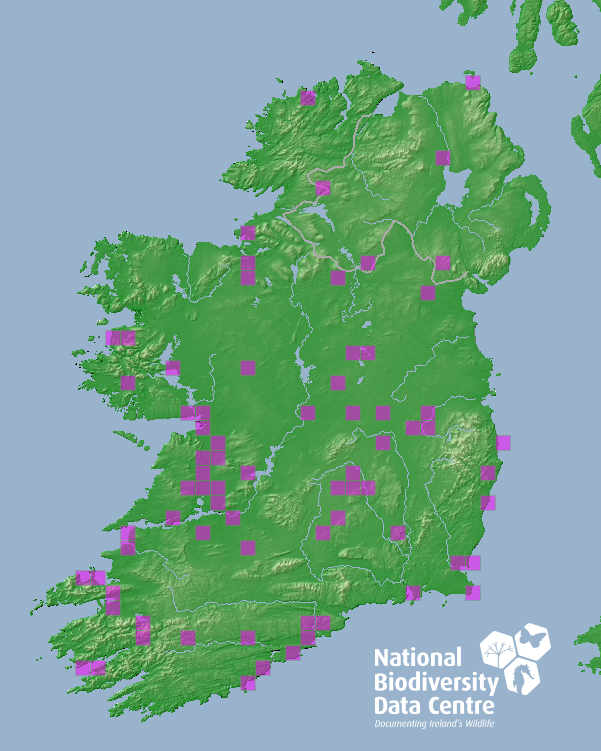 Wetland/freshwater; reed beds, marsh, fen with pools; along poorly maintained drainage ditches and canals, beside slow-flowing rivers, with flushes and springs in humid, unimproved grassland. This species can also occur in association with coastal lagoons, where freshwater marsh is present around the edge of the lagoon. In Ireland, T. scita occurs in marsh, fen and humid, unimproved grassland with springs and flushes or unmaintained drainage ditches. It occurs sometimes in an apparent absence of standing water, but is usually in the immediate vicinity of pools or other water bodies. It may also be found in coastal freshwater marsh situations, particularly in association with lagoons. T. scita is not a component of the syrphid fauna of the standard farmland landscape of green fields and hedges. Neither does it occur in conifer plantations, gardens or parks. It is thus largely an anthropophobic species, though it can sometimes be found in humid, unimproved grassland. The range of habitats occupied by T. scita in Ireland is wider than in many other parts of the Atlantic seaboard of Europe, where drainage and general water eutrophication have resulted in this species becoming very localised. With the general trend towards intensification of use of farmland in Ireland, T. scita can be expected to decrease in frequency here, too.

Found among waterside vegetation, where it darts erratically between stems and settles on foliage; males often hover persistently within 20cms of some particular leaf.

May/ August, with occasional specimens on into September. Larva: puparium figured and described by Decleer and Rotheray (1990), from a specimen collected as a larva between basal sheathing leaves of Typha. They suggest T. scita larvae probably inhabit the rotting water's edge plant debris occurring in reed beds etc. of fens. Nötzold (2000) records collection of an individual of this species from an emergence trap installed in a reed bed.

From Fennoscandia south to central France; from Ireland eastwards through central Europe and on through Russia to the Caucasus and in Asia as far as the Pacific coast and Japan. Away from the Atlantic zone it becomes infrequent, being known only from the southern edge of northern Europe, absent from Mediterranean parts of the continent and very localised in central Europe. But in the Atlantic zone it occurs widely.

Recorded as occurring in Ireland in Coe (1953). T. scita is known from most parts of Ireland and is quite frequent here at present.