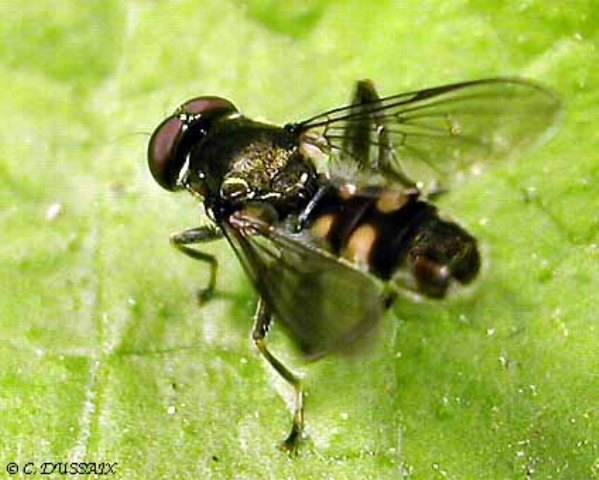 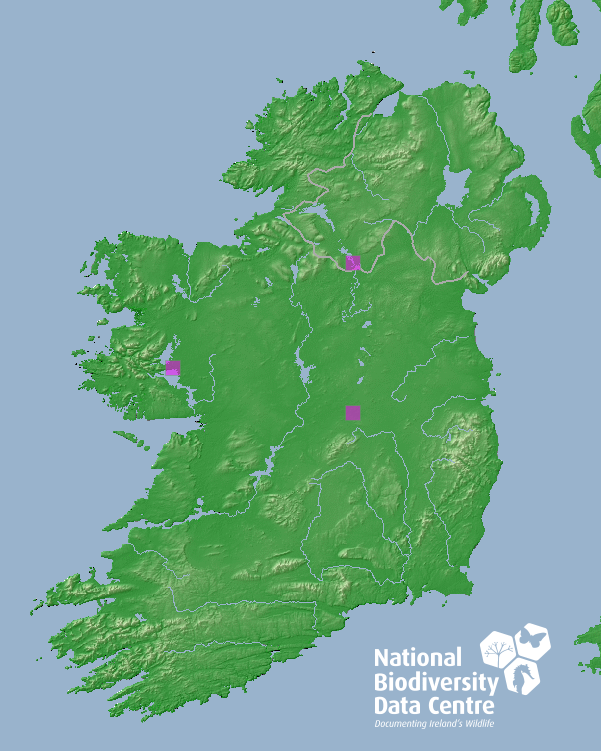 Forest; overmature deciduous forest of humid Quercus and Carpinus/Quercus/Ulmus, also alluvial hardwood forest. This species seems to frequent sites where seasonal fluctuations in water levels occur, such that during the winter months water levels are either at, or slightly above, the ground surface. The few Irish records of X. abiens are from areas of wet oak forest with overmature trees, and this is consistent with what is known of the ecology of the species elsewhere. This is a highly anthropophobic species in Ireland, associated, as it is, with overmature oak.

Runs about and sun bathes on felled and fallen trunks and on stumps in the sun, in glades, small clearings and beside tracks and on foliage of bushes and shrubs in similar situations, at up to 1.5m from the ground. This species can also be found on stumps in partial shade/dappled sunlight.

Mid June/July. Larva: described and figured by Rotheray (2004), from larvae collected from decaying sap under the bark of moribund pines (Pinus sylvestris) sinking into a mire of man-made origin. Under more natural conditions the larva has been found in wet, decaying roots of Fagus stumps.

See key provided in the StN Keys volume; Bartsch et al (2009b). The male terminalia are figured by Hippa (1968a). In both sexes, the adults of this insect are very similar to X. meigeniana (Stack.), but may be distinguished in that the antero-dorsal sclerite of the mesopleur (mesoanepisternite 1) is almost entirely dull and grey dusted in X. abiens, whereas in X. meigeniana it is almost entirely undusted and shining black. In the male of X. meigeniana abdominal tergite two is longer than wide, whereas its basal width is greater than its length in male X. abiens. X. abiens is illustrated in colour by Bartsch et al (2009b) and Stubbs and Falk (1983) and Torp (1994). The practice of using the name semulatra for this species, adopted by more than one author recently, is simply bad science. Harris's (1776 - 1780) description of his species semulatra is inadequate to identify it as a Xylota, his figure could be any one of a number of species, there is no type material of semulatra in existence and no author using the name semulatra has yet designated a neotype for the taxon. It thus remains a nomen dubium.

From Denmark south to the Pyrenees; from Ireland eastwards through central Europe (and northern Italy and northern parts of the former Yugoslavia) into Russia and the Caucasus and on as far as the Pacific coast (Sakhalin). It is not known in northern parts of Europe and is extremely scarce in the Mediterranean zone. There are parts of the Atlantic zone (like Britain) where it is not regarded as threatened, but it is nowhere frequent. It is also regarded as threatened in parts of central Europe.

Given as occurring in Ireland in Coe (1953), but subsequently removed from the Irish list by Speight (1981b), on grounds of potential confusion of this species with X. jakutorum by earlier authors and the lack of Irish reference material. Subsequently reinstated by Speight (1985a), based on recently collected specimens. X. abiens exhibits a relictual distribution pattern in Ireland and has to be regarded as endangered here. It is a candidate for inclusion in any listing of insects requiring protection throughout the island.