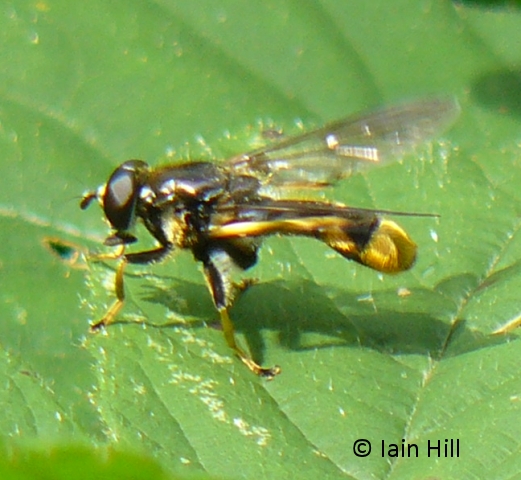 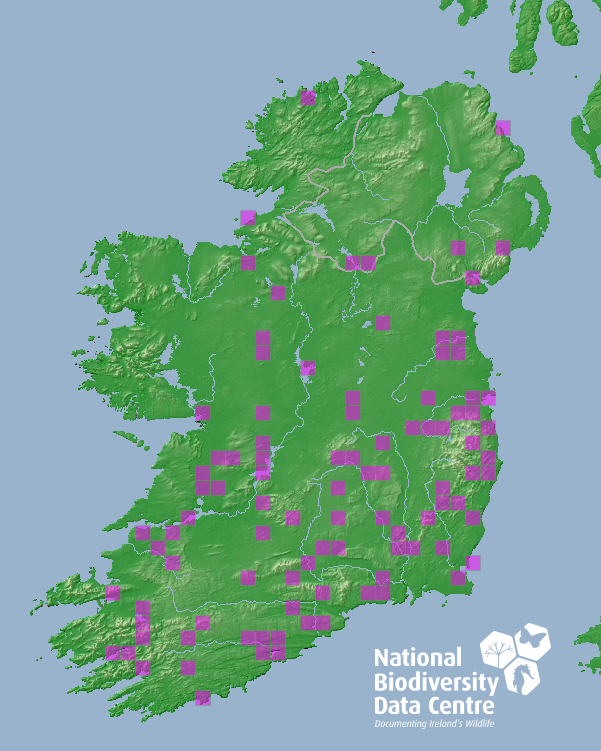 Forest; most types of humid deciduous and coniferous forest with mature and over-mature trees and along streams in broad-leaved evergreen oak forest (Quercus ilex). Despite being found equally frequently in coniferous forest and deciduous forest in continental Europe, in Ireland X. sylvarum is very largely a deciduous forest species. It is generally scarce in conifer plantations in Ireland, a situation that does not seem to be changing as spruce plantations mature, in contrast to the situation of X. jakutorum. Occurring as it does, in both Quercus and Salix/Alnus woodland, means that X. sylvarum may be found in many deciduous woodland situations in Ireland and its association with rotting tree roots as larval microhabitat renders it less confined to sites with overmature trees than some other Xylota species. However, it does not seem to occur in association with either Betula or Fraxinus. Unlike S. segnis, X. sylvarum is not a species that can occur within the standard farmland landscape of green fields plus hedges. Neither is it a normal constituent of the fauna of gardens or suburban parks. So, in Ireland, X. sylvarum cannot be regarded as an anthropophilic species.

Tracksides and edges of clearings, running on foliage of bushes, Pteridium and low-growing vegetation; sometimes on tree stumps.

End May/September, with peak in July. Larva: described and figured by Hartley (1961) and illustrated in colour by Rotheray (1994), who also redescribes the larva in a more recent publication (Rotheray, 2004); larvae have been found in damp, fungus-ridden decaying wood of Abies, Fagus and Quercus trunks and stumps, usually beneath the bark. Rotheray (1990a) suggests decaying tree roots are probably a major larval habitat for this species and Rotheray (1994) mentions both Abies and Fagus roots as locations where larvae have been found. Krivosheina (2001) adds Pinus to the list of tree genera from which the larvae of this species have been reared, commenting that the larvae occur under the same circumstances as those of Myathropa. Rotheray (2004) extends the list of trees from which this species has been reared to include Fraxinus, Picea, Populus tremula and Pseudotsuga.

Ranunculus, Rubus idaeus. De Buck (1985) has established that X. sylvarum can obtain much or all of its pollen intake from ingestion of the pollen grains it finds on the surface of leaves, and may augment this with pollen taken from the faces of other syrphids.

From Fennoscandia south to Iberia; from Ireland eastwards through much of northern and central Eurasia to the Pacific coast; known in southern Europe from Italy, the former Yugoslavia, Greece and Turkey. X. sylvarum ranges from the southern edge of Scandinavia to the Mediterranean in continental Europe and beyond Europe extensively into Asiatic parts of the Palaearctic. It is frequent in most parts of the Atlantic zone and in central Europe.

Given as occurring in Ireland in Coe (1953). Widely distributed and common in Ireland.