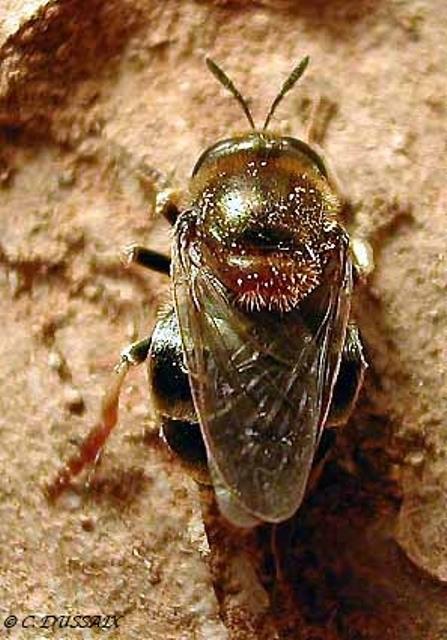 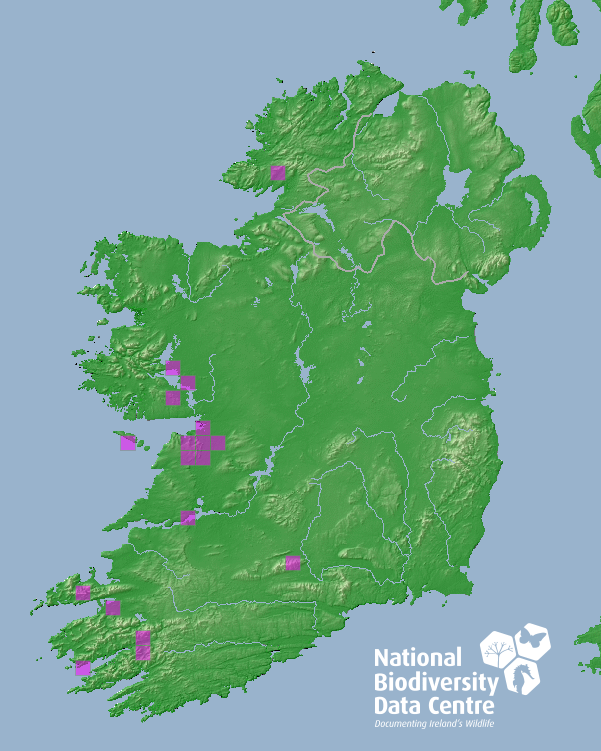 Open ground; sparsely-vegetated, dry, rocky ground with loose stones appropriate for ants nests; heathland; ancient, unimproved pasture and grassy clearings in forest, where long-established ants' nests are present. Larvae and/or puparia of M. mutabilis have been found in nests of the ants Formica lemani in Ireland, where this species occurs under large stones on well-drained ground. F. lemani is widespread in Ireland but is not present in large numbers where land is used for hay or silage, and where a regime of alternation between grazing and mowing is in operation M. mutabilis does not occur. For the same reasons, M. mutabilis does not occur where land is periodically ploughed. In consequence, the fly is rarely found away from unimproved, permanent pasture. The karst limestone formations of parts of W Ireland still provide extensive tracts of appropriate habitat and in low-lying, sheltered parts of this limestone pasturage M. mutabilis reaches what are probably now its highest population densities in western Europe. In these circumstances, the ant nests are usually under large, loose pieces of limestone, lying on the ground surface and partly embedded in the thin soil.

Usually flies low over ground vegetation, in woodland clearings and along woodland paths, or out in open pasture; males hover at 1 - 3m in clearings etc.; frequently settles on stones or bare ground.

May/July. Larva: described and figured by Andries (1912); some features redefined by Schonrogge et al (2002a); mouthparts figured by Barr (1995) and Doczkal & Schmid (1999); general form of the puparium shown in colour by Rotheray (1994). Dixon's (1960) description and figures of M. mutabilis developmental stages are erroneous. The larva lives as a predator of ant larvae in nests of ants of the genera Formica and Lasius. Barr (1995) notes that the larvae feed mostly at night, while the ants are inactive. The larva of M. mutabilis is distinguished from the larvae of M. analis and M. devius by the keys provided in Rotheray (1994). Doczkal & Schmid (1999) provide, in addition, distinctions from the larvae and puparia of M. miki. Schonrogge et al (2002a) provide features distinguishing the larva and puparium of M. mutabilis sensu Schonrogge et al (2002a,b) from larvae and puparia of M. myrmicae. Adults emerging from puparia collected from nests of Formica species are generally larger than adults emerging from puparia collected from nests of Lasius species.

There are no definite records of this insect visiting flowers for feeding purposes, but Delforge (1994) states that the flowers of the orchid Ophrys fuciflora are known to be visited by this species, presumably by male flies attempting copulation, since the flowers have a strong resemblance to Microdon species and various species of the genus Ophrys employ the technique of attracting particular insects to attempt copulation, as a mechanism for ensuring pollination, the pollinia becoming attached to the insect during its exertions and then getting transferred to another flower in subsequent false-mating attempts.

See keys provided in the StN Keys volume. This species may be distinguished from other European species except M. myrmicae using the keys provided by Doczkal & Schmid (1999). At present M. mutabilis is only reliably distinguished from M. myrmicae by features of the puparium. Schonrogge et al (2002a) confine application of the name mutabilis to specimens bred from nests of the ant Formica lemani on well-drained (i.e. non-wetland) sites. Since there is no way to know which ant host was used by specimens of M. mutabilis collected as adults, this restriction of the name renders such specimens unidentifiable, unless they have a body length greater than 10mm, that being the greatest size known to be reached by M. myrmicae. The orange colour of the scutellum, often found in M. mutabilis, has been referred to in keys as diagnostic, the scutellum being black/bronze in the other European species. Unfortunately, this is not a reliable feature and specimens of M. mutabilis (and M. myrmicae) can be found in which the scutellum is entirely bronze, with no trace of orange colouration. This is particularly true of M. mutabilis specimens reared from nests of Formica lemani. Speight (2003b) points out that the morphology of the larval mouthparts suggests that M. rhenanus (Andries), synonymised with M. mutabilis (L.) by Doczkal & Schmid (1999), may well not be the same species as M. mutabilis sensu Schonrogge et al and requires reassessment. The appearance of the adult insect is indicated by the coloured figures of "M.mutabilis" in Bartsch et al (2009b), Kormann (1988), Stubbs and Falk (1983), Torp (1984, 1994) and van der Goot (1986).

Supposedly occurring from Fennoscandia south to Iberia and the Mediterranean; from Ireland east through most of Europe, into European parts of Russia; through Siberia to the Pacific coast. But existing range data for this taxon must now be regarded as unreliable, since they are based almost exclusively on specimens collected as adults that were determined prior to description of M. myrmicae. The only records of Microdon mutabilis sensu Schonrogge et al (2002a, b) given by those authors are from Britain and Ireland. Re-appraisal of the range of M. mutabilis is now required, based on bred material for which diagnostic puparial features can be examined. Reemer et al (2009) no longer regard M. mutabilis as present in the Netherlands. Today, in most of Europe, it would seem hardly credible that the orchid Ophyrs fuciflora would have evolved a flower specifically to attract male Microdon (especially M. mutabilis) to attempt false-mating, so that the orchid's pollinia could be attached to the fly and then transported to another flower - the fly in now so localised in its occurrence it can perform this pollination role but rarely. Only in a few places, like the Burren, can the probable previous abundance of M. mutabilis in Europe be appreciated. But even in the Burren this insect is susceptible to man's activities - removal of loose limestone rock, whether for use in ornamental gardens or bulldozed out of the way to expose soil, is inimical to the survival of both the fly and its ant hosts. M. mutabilis is scarce, but probably not threatened, in much of western Europe, but apparently more under threat in central Europe. It reaches the southern edge of Scandinavia but only becomes frequent in southern Europe, where dry, stony grassland still provides appropriate habitat. Because of its abundance in the limestone karst region M. mutabilis cannot be regarded as under threat in Ireland, but it can be expected to disappear from all but protected sites elsewhere, if current pressures on land are maintained.

Given as occurring in Ireland in Coe (1953), but since then Schonrogge et al (2002) have shown that two cryptic species have been confused under the name M. mutabilis. They confirmed the presence of M. mutabilis in Ireland, and Speight (2002) added the other cryptic taxon, M. myrmicae, to the Irish list. The dependence of this species upon large, undisturbed ant colonies on well-drained sites in open country almost inevitably dictates its present distribution in Ireland, whatever the limits to its previous distribution may have been. The solitary record from a scrap of old grassland in Donegal, and the isolated record from the south of the island suggest that the species could have been widespread before progressive eradication of unimproved grassland occurred. But even if once widespread it is unlikely to have been very frequent, due to its apparent sensitivity to the trampling action of cattle on the mound nests constructed by ants under conditions of poor land-surface drainage. The astonishing abundance of this species in the Burren gives an indication of how successful it could be under more traditional regimes of animal farming.